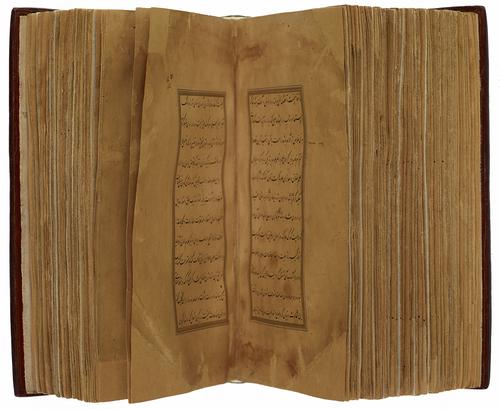 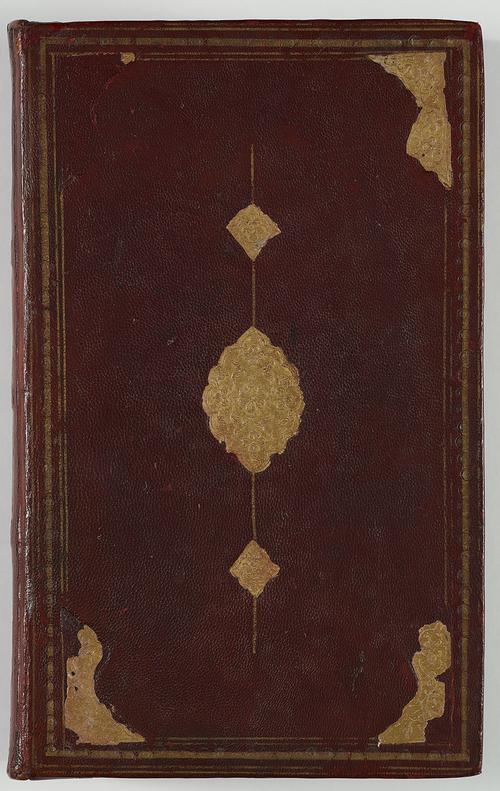 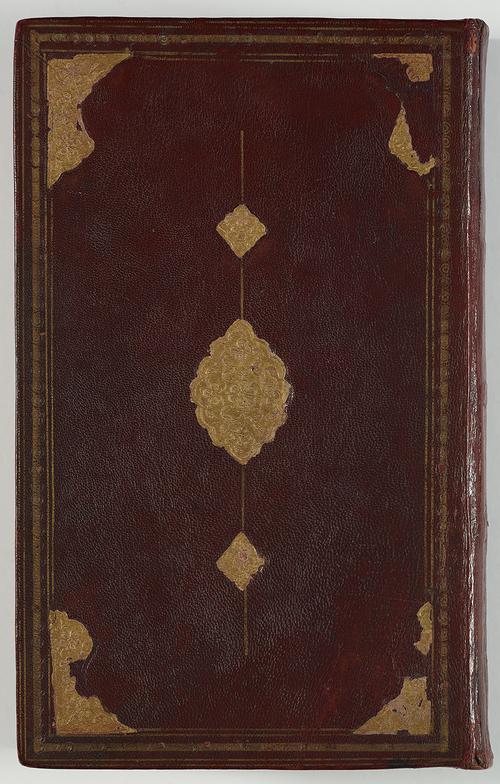 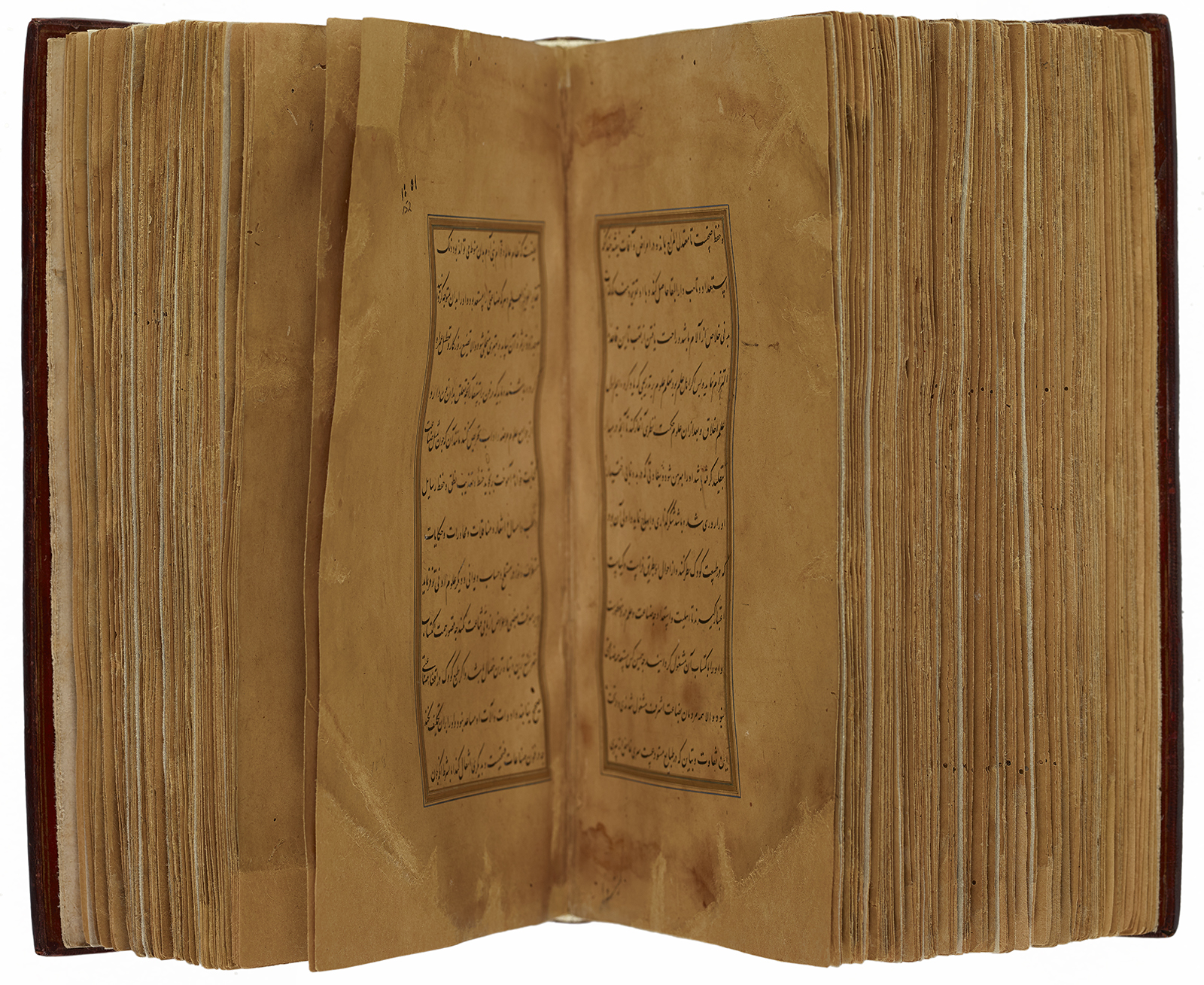 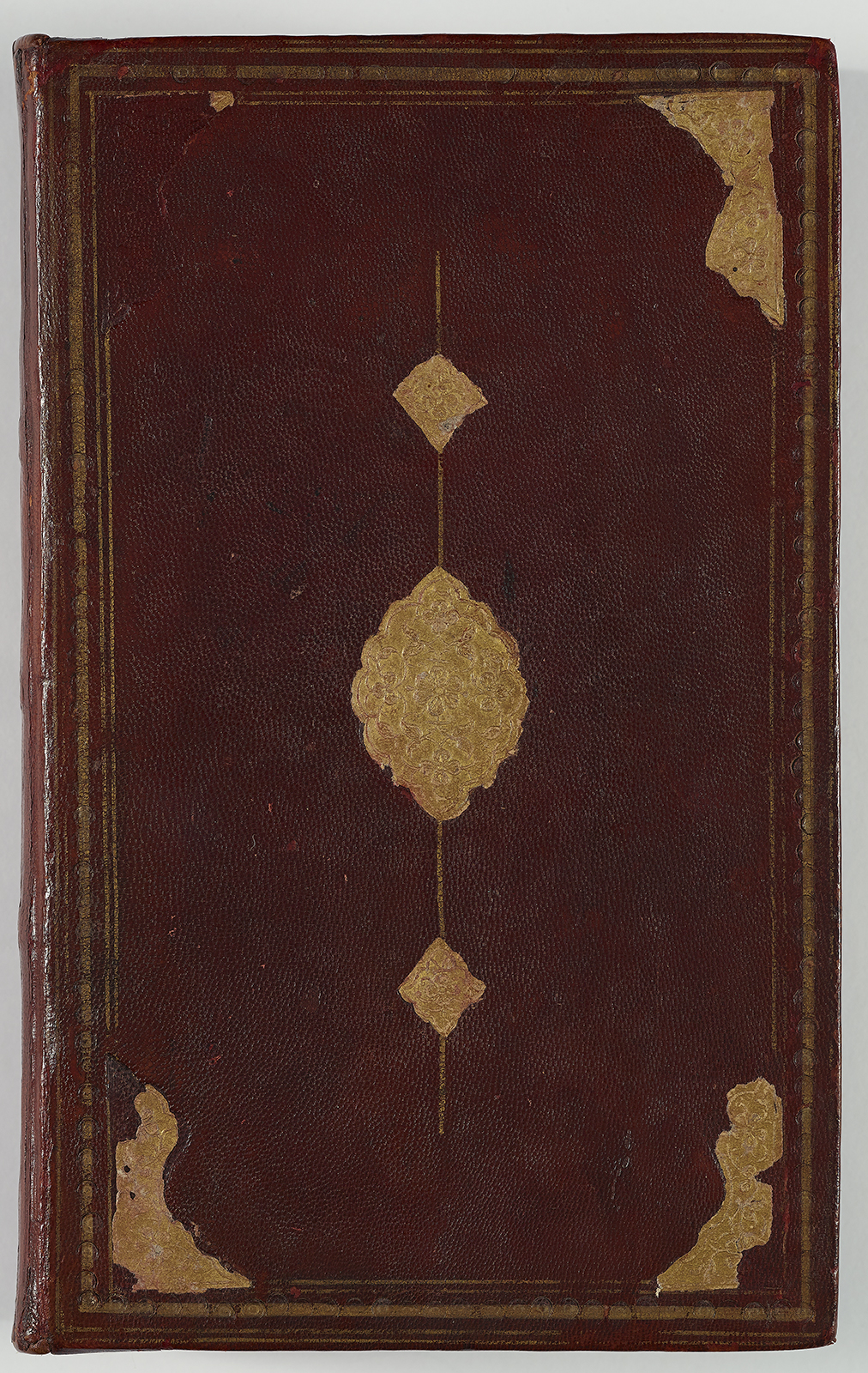 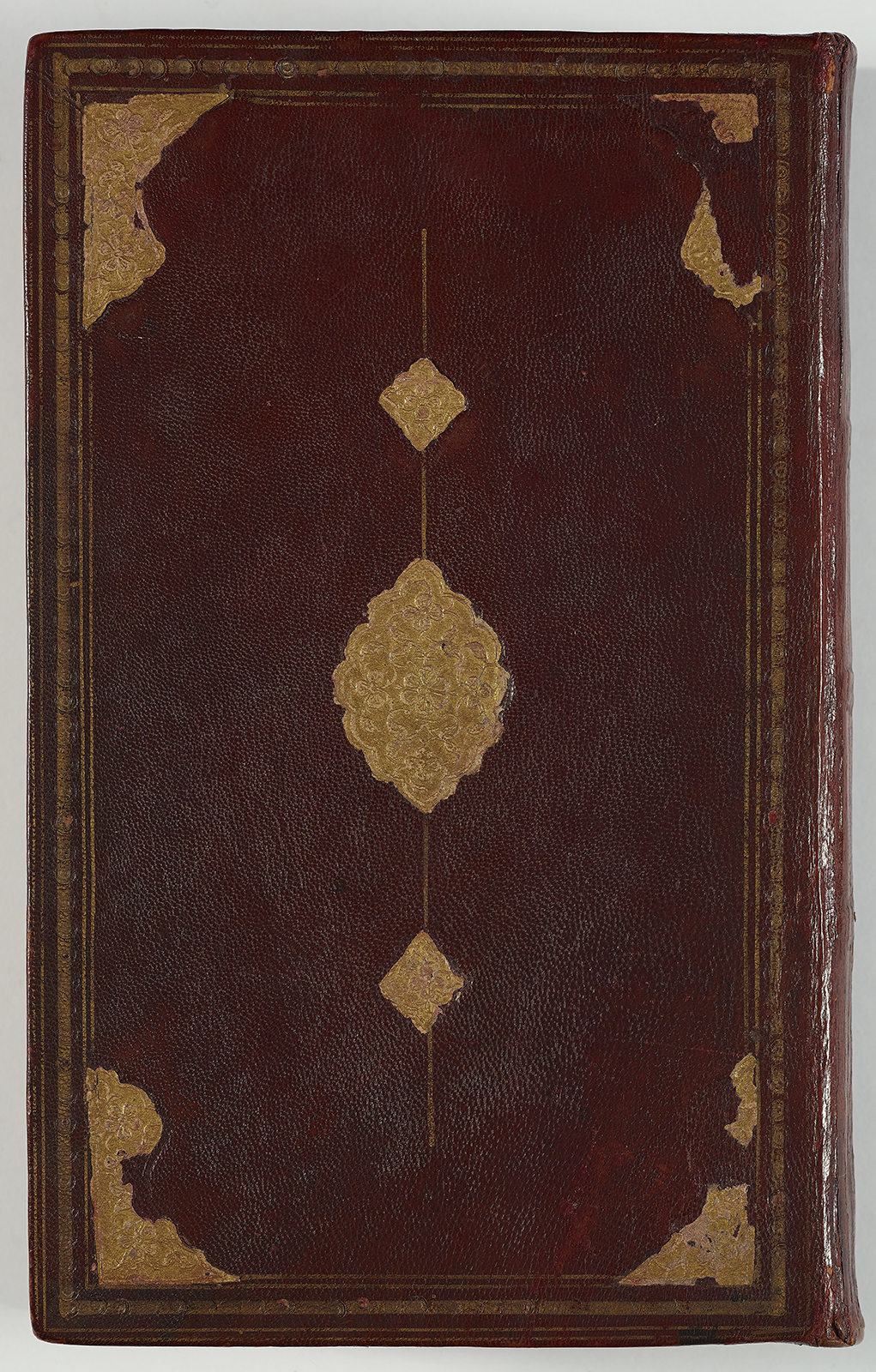 A manuscript of the Ethics of Nasir (Akhlaq-i Nasiri)

The Akhlaq-i Nasiri was influential and very popular. A large number of manuscript copies have survived from various periods and are housed in major manuscript repositories throughout the world. What is unique about the copy in the Aga Khan Museum Collection is that it was illustrated. Copied in Lahore for the Mughal emperor Akbar (1556–1605) in ca. 1590-95, almost 300 years after it was composed, it contains 17 full-page colour paintings (see AKM288.1, AKM288.2, AKM288.3, AKM288.4, AKM288.5, AKM288.6, AKM288.7, AKM288.8, AKM288.9, AKM288.10, AKM288.11, AKM288.12, AKM288.13, AKM288.14, AM2K88.15, AKM288.16, AKM288.17). According to Akbar’s historian, Abu al-Fazl ‘Allami, the emperor was fond of listening to the Akhlaq-i Nasiri being read at court. Yet as an enthusiastic lover and patron of the arts, Akbar no doubt enjoyed viewing and discussing the paintings in this copy. The finest artists of his royal atelier had executed these paintings, using their imaginations to depict complex philosophical and ethical concepts not easily translated into imagery. Their human figures reflect the multicultural nature of Akbar’s own court, and their illustrations are unique, having no precedent in the Persian tradition of book illustration.

In the first discourse on Ethics, Tusi introduces the idea that the goal of all morality is happiness, the source of which is man’s perfection. In order to achieve perfection, man needs to acquire various virtues. The highest of these is Justice, which Tusi says denotes the idea of equilibrium or harmony. To illustrate the validity of this statement, he provides the example of music: "No relationship is nobler than that of Harmony, as has been established in the science of Music, and no virtue is more perfect than that of Justice, as is known in the discipline of Ethics" (Discourse 1, Pt. 2, Chap. 7, AKM288.1, fol. 71r). The painting depicts a trio of musicians performing before a learned patron in a luxurious pavilion set in a walled Persianate garden. The painting itself is perfectly balanced, with the pavilion centred in the background, the pool containing a male and female duck in the foreground, five persons seated or standing to the left and right of the central figure, and two figures depicted on either side of the pool.

In the second discourse on Economics, Tusi clarifies what he means by "The management of households": the regulation of relations between members of a family, between masters and servants, and between owners and their property. Since the household requires provisions, money—which Tusi calls "the preserver of justice"—is necessary. This brings him to the topic of wealth and how various classes of people, both noble and ignoble, can acquire it. An essential part of the management of a household is the training of children. According to Tusi, children should be provided with intelligent tutors, disciplined and taught correct conduct (adab), given plenty of exercise, and kept away from idle pursuits.

In the third discourse on Politics, which may be regarded as the crux of his treatise, Tusi cites the Arabic translation of the Aristotelian dictum, "Man is by nature a civic being." The argument goes that in order to ensure the survival of the human species, man requires civilization; that is, an urban environment or city. Only this environment enables the various social classes with different types of skills to cooperate with each other in order to furnish each other’s needs. Because man’s natural disposition is to dominate others, a hierarchically organized society is necessary. This society must be headed by an absolute ruler, whom Tusi construes as a philosopher-king (what "the moderns" call imam, he says). This ruler’s duty is to uphold and administer the Law and to exercise Justice, necessary conditions to maintaining equilibrium in society. Just as there are virtuous cities and non-virtuous cities, so there is virtuous government and deficient government. Tusi says the former is known as the Imamate; while the purpose of the latter, known as Domination, is the enslavement of subjects resulting in general misery. In this discourse, Tusi also provides advice for those in the service of rulers on how to manage them. His comparison of kings to a torrent of water that drowns those who have not sufficiently prepared the political ground finds echoes in Machiavelli’s The Prince, composed several centuries later (ca. 1513). According to Tusi, "[Kings and leaders] are like a torrent of water that rushes down from a mountain top: whoever tries all at once to divert it from one course to another will perish, but if a man first accommodates himself thereto and with gentleness [and politeness builds up one bank with earth and debris, he will be able to lead it in any other direction he wishes]." The painting provides a graphic illustration of this idea (Discourse 3, Chap. 5, AKM288.14, fol. 226v).