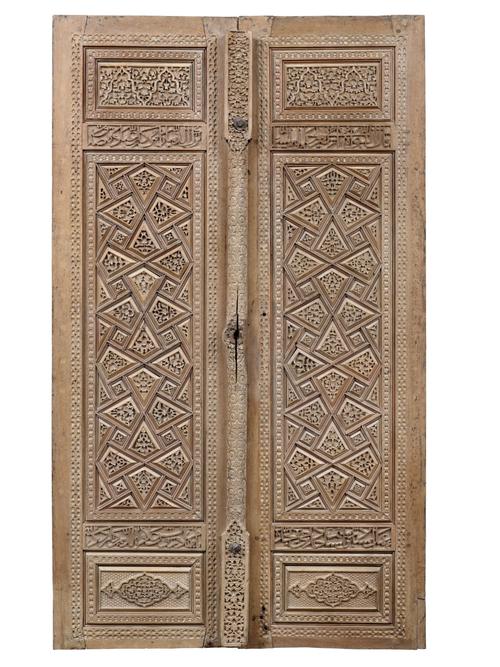 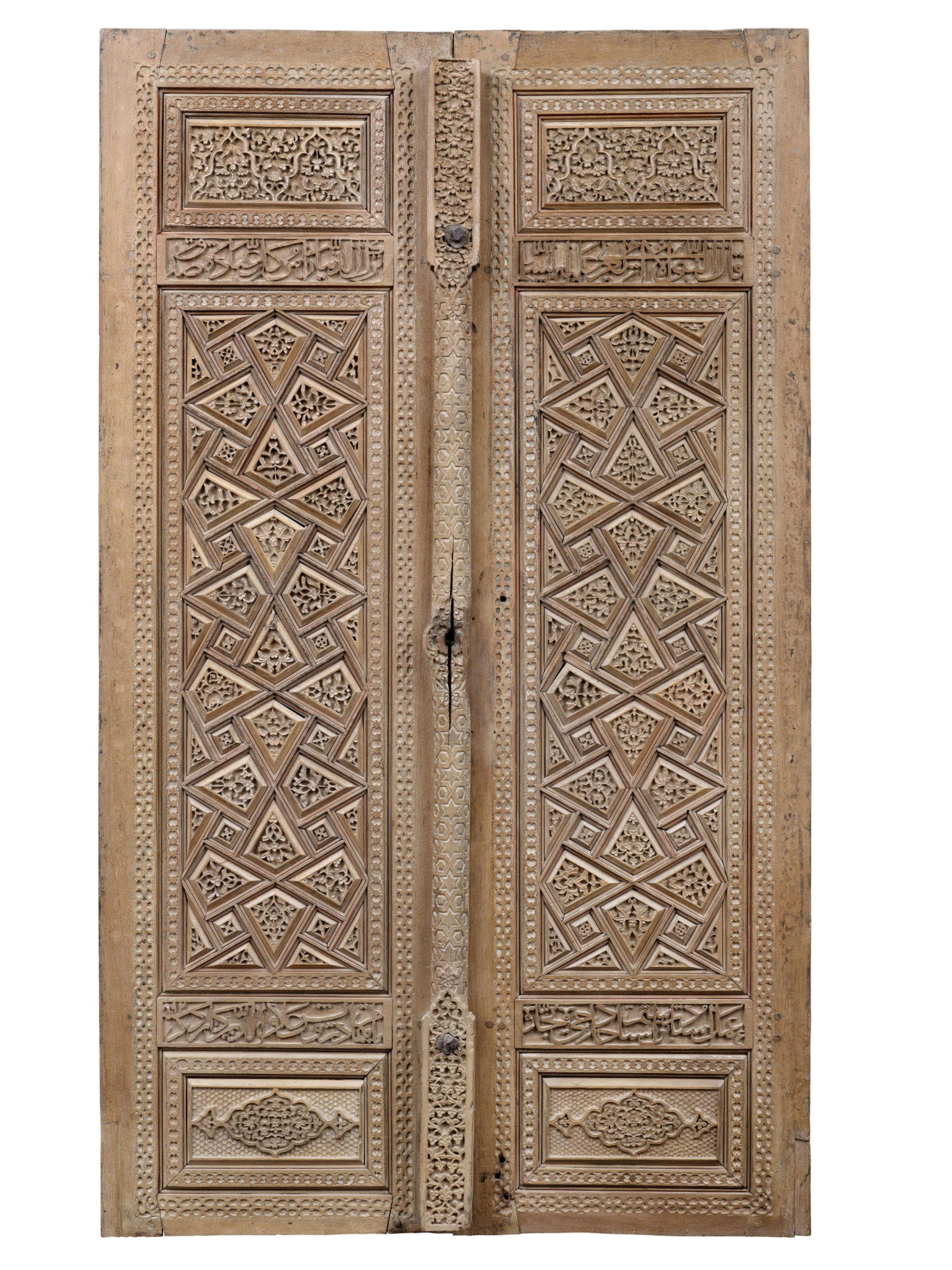 One of the finest examples of its kind, this object bears the characteristic features of Timurid carved wooden doors: deep, intricately carved floral designs inherited from the preceding Il-Khanid period and reminiscent of Chinese lacquer wares; geometric patterns formed by the tongue-and-groove technique; plaited borders; and panels inscribed with prayers and information about patrons, craftsmen, and dates of production. Mazandaran in northern Iran is known for its dense forests and sweetly scented khalanj wood and several examples of fourteenth- and fifteenth-century woodcarvings have been found in that region (Bronstein 1938, p. 2622). The doors share design elements with other doors from this period surviving in public and private collections: a cenotaph in the Khalili Collection, signed by Shams al-Din Sari and dated 902 H/1496 CE (London 2001, pp. 218-19); and pairs of doors in the Art and History Trust Collection, Houston, (Soudavar 1992, p. 94, no. 34) and in the National Museum of Iran, Tehran, signed and dated 846 H/1442 CE (London 1976, p. 292, no. 458).