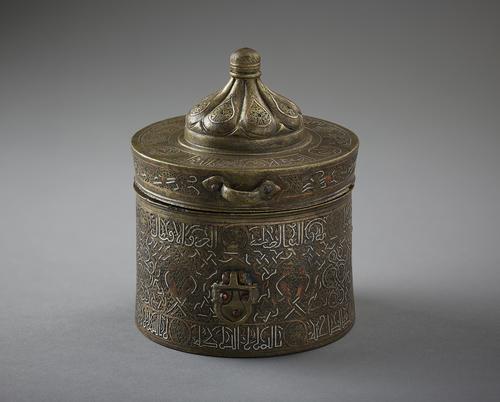 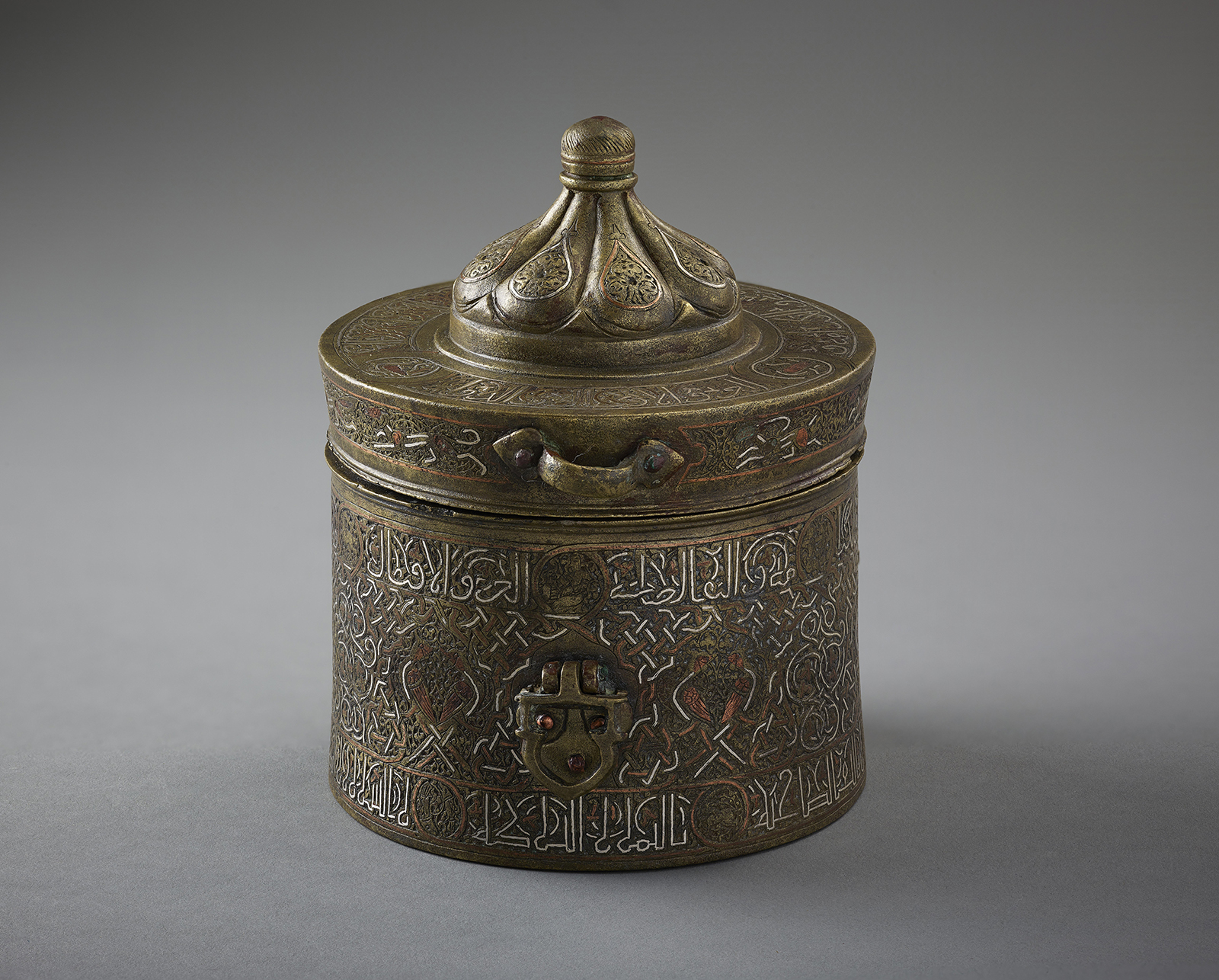 Inkwells served practical functions, protecting ink from dirt and powder and enabling ink to be transported easily—a necessity since scribes travelled often. Inkwells were made from a variety of materials, including glass or wood.[5] Although textual records indicate that writers prohibited the use of inkwells made of precious materials, such as those seen in this example from the Aga Khan Museum Collection, this interdiction was rarely heeded.[6] The use of bronze and silver here may suggest the inkwell was owned by a scribe employed as a high-ranking bureaucrat, or, alternatively, a member of the urban middle class, which emerged in the 12th and 13th centuries.[7]

Similar to AKM604, this inkwell bears several inscriptions on its lid and body bestowing well wishes upon the owner.[8] Its lobed lid handle and circular shape echo the signature metalworking technique from Khorasan, which is located in today’s northeastern Iran and Afghanistan.[9] These inkwells were likely produced in the 12th and 13th centuries.[10] The copious calligraphic decoration—clearly visible in silver inlay against the copper of the inkwell’s lid and body—speaks not only to the object’s role as a calligraphic instrument, but also to its social value, as the reading of the numerous benedictory messages running along the inkwell’s body would have activated its quasi-talismanic functions.[11] This apotropaic function may have been heightened by the inclusion of astrological motifs running along the upper and lower bands of the object’s body, interspersed amongst the engraved well-wishes in Arabic script.[12]

Featured in between these calligraphic bands are pairs of birds enclosed in arch-shaped frames, outlined in silver inlay through a complex pattern of knotted lines. These arch compositions may have been consciously selected to echo the overall architectural shape of the inkwell itself, which, with its tapered handle and rounded frame, may suggest the form of a circular building such as a tower.[13] Alternatively, the conical lid may have referenced the shape of a domed, circular tent, whose portable and transitory nature was not dissimilar similar to that of the inkwell itself. [14] In either case, the inclusion of the arched frames may have constituted a deliberate move to take this architectural reference further, as the arches could be read as small, compartmentalized units within the larger structure of a tower or tent.[15]