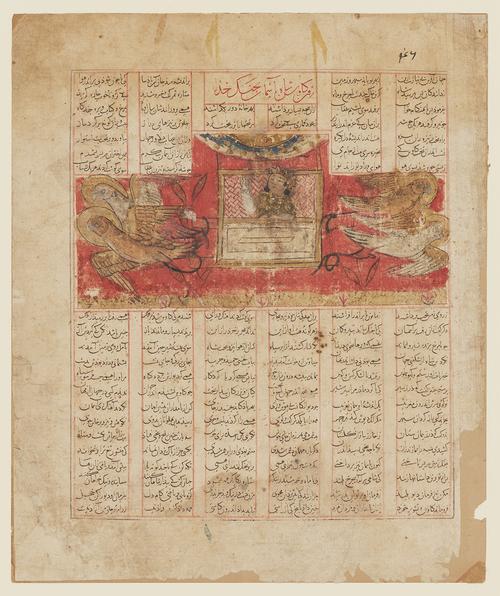 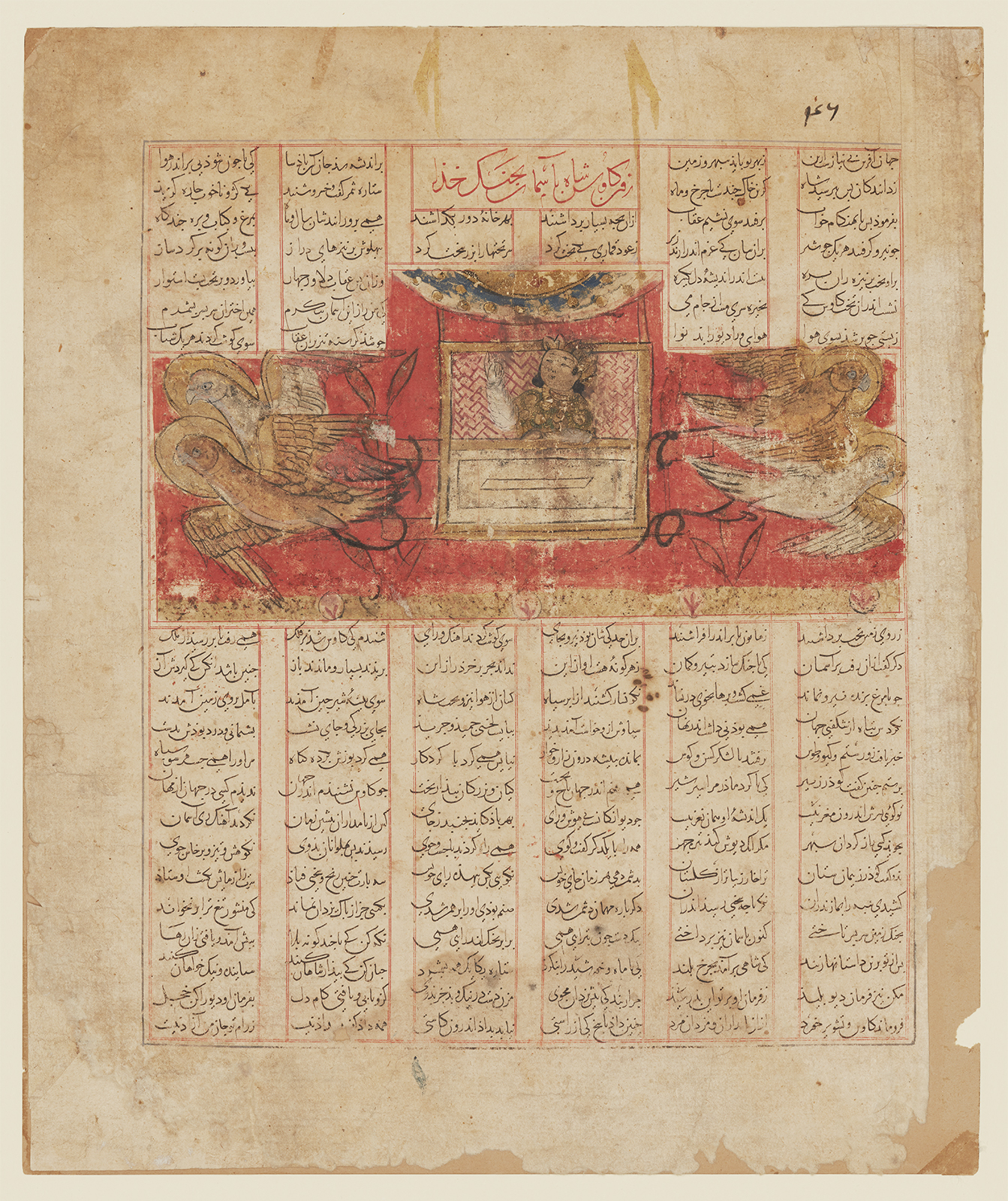 Disguised as a comely young man, a demon caught Kay Kavus’ attention by offering him a bouquet of flowers during a hunting excursion. The demon then persuaded Kavus that one way to insure his perpetual glory would be to rise up to the heavens and thereby learn the secrets of the heavenly sphere—something that no other monarch had ever achieved. Realizing that such a feat would require wings, Kavus ordered his men to rob eagles’ nests and to rear the squabs, or baby eagles, on poultry and meat. When the eagles had grown large and strong, Kavus ordered a throne with a lance at each of its four corners to be built of wood and gold. Meat was suspended from these lances and four eagles were lashed onto the structure. Then Kay Kavus sat on the throne, and as the eagles grew hungry and flew toward the suspended meat, the throne was lifted off the ground. It continued to rise as the hungry birds beat their wings desperate to reach food. Finally, the birds’ strength waned, and they tumbled back to earth, where the throne came to rest in a thicket. Miraculously, Kay Kavus was unscathed in the fall. He was immediately filled with humiliation and regret for his foolishness.

The illustration to this extraordinary episode in AKM30 (folio 46 recto) from the 1341 Shahnameh has become abraded over the centuries. Nonetheless, it is still possible to make out the youthful Kay Kavus in the centre, crowned and seated in what looks like the basket of a hot-air balloon. The king raises his right arm and index finger to point up at the semi-circular rings above, which represent the golden sun, the blue sky, and the twinkling stars. The four large eagles fly out in horizontal formation from the basket’s sides, pulling the throne with long, black leads.  The composition does not, however, depict the meat intended to lure the birds skyward. The anonymous artist of this scene did, however, surround the birds’ heads with what look like golden halos to set them off from the red background. He also added a strip of ochre-coloured blades of grass and sketchy plants as a groundline to indicate that Kay Kavus has not yet “flown” very high above the ground.