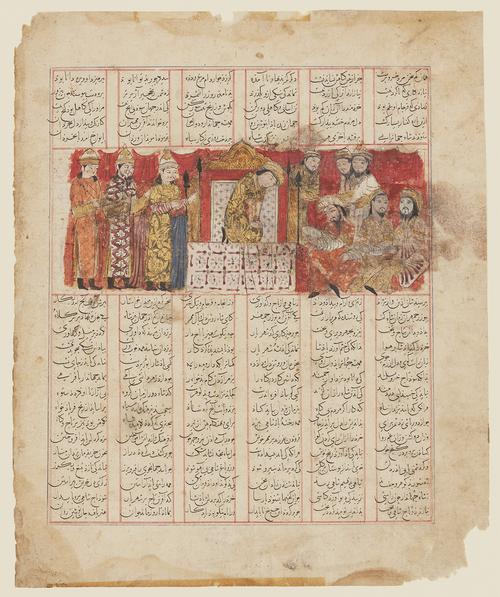 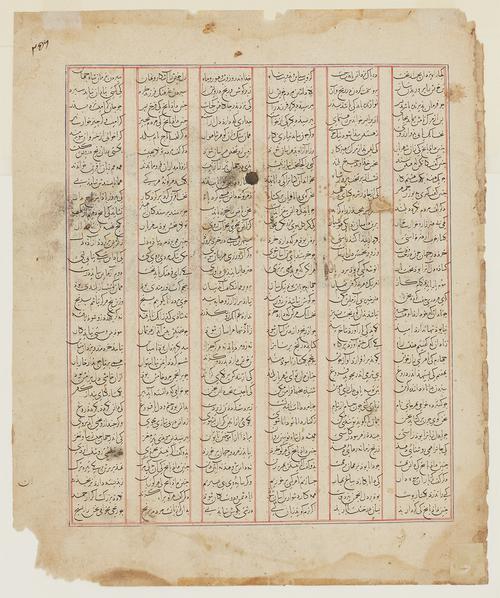 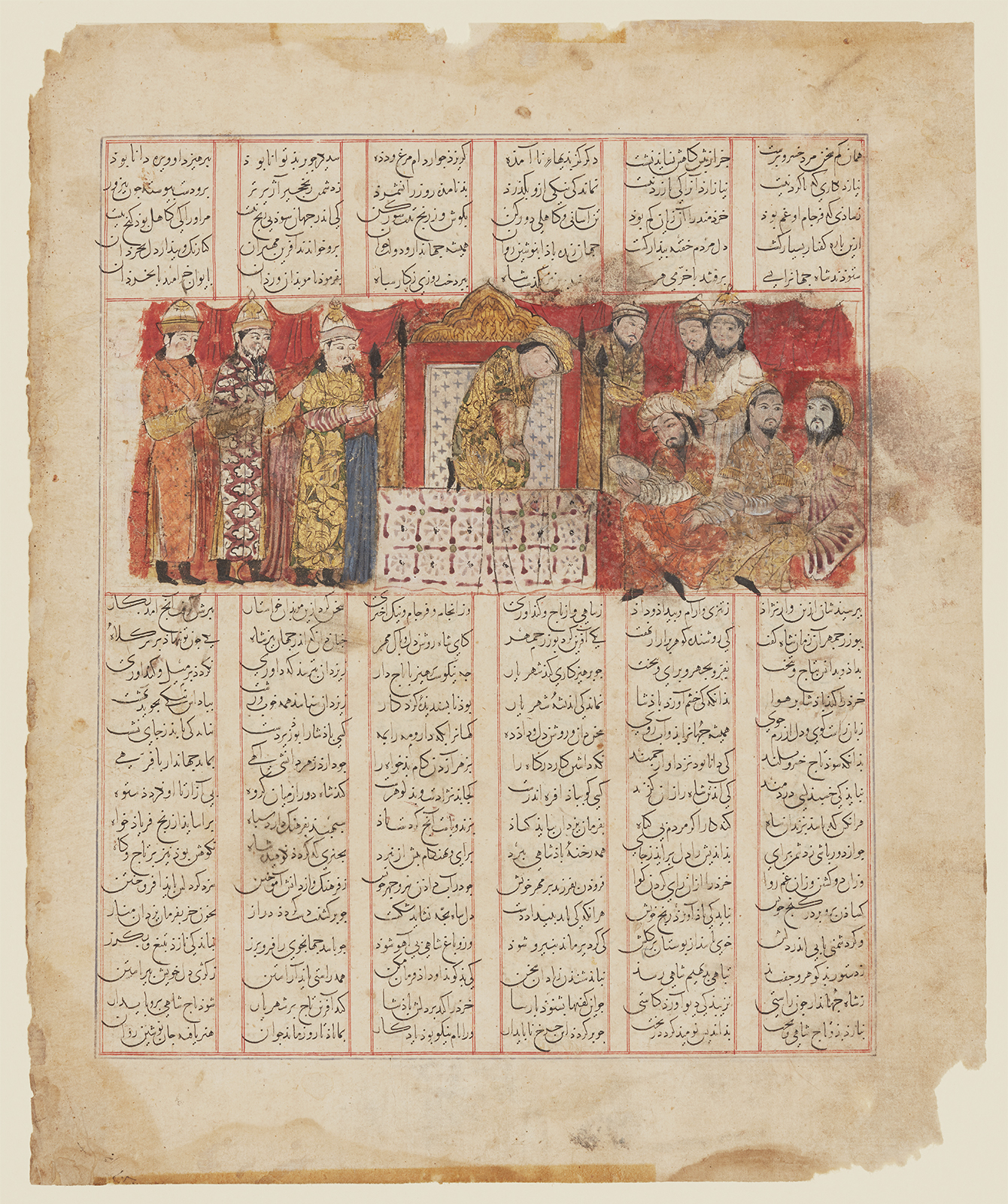 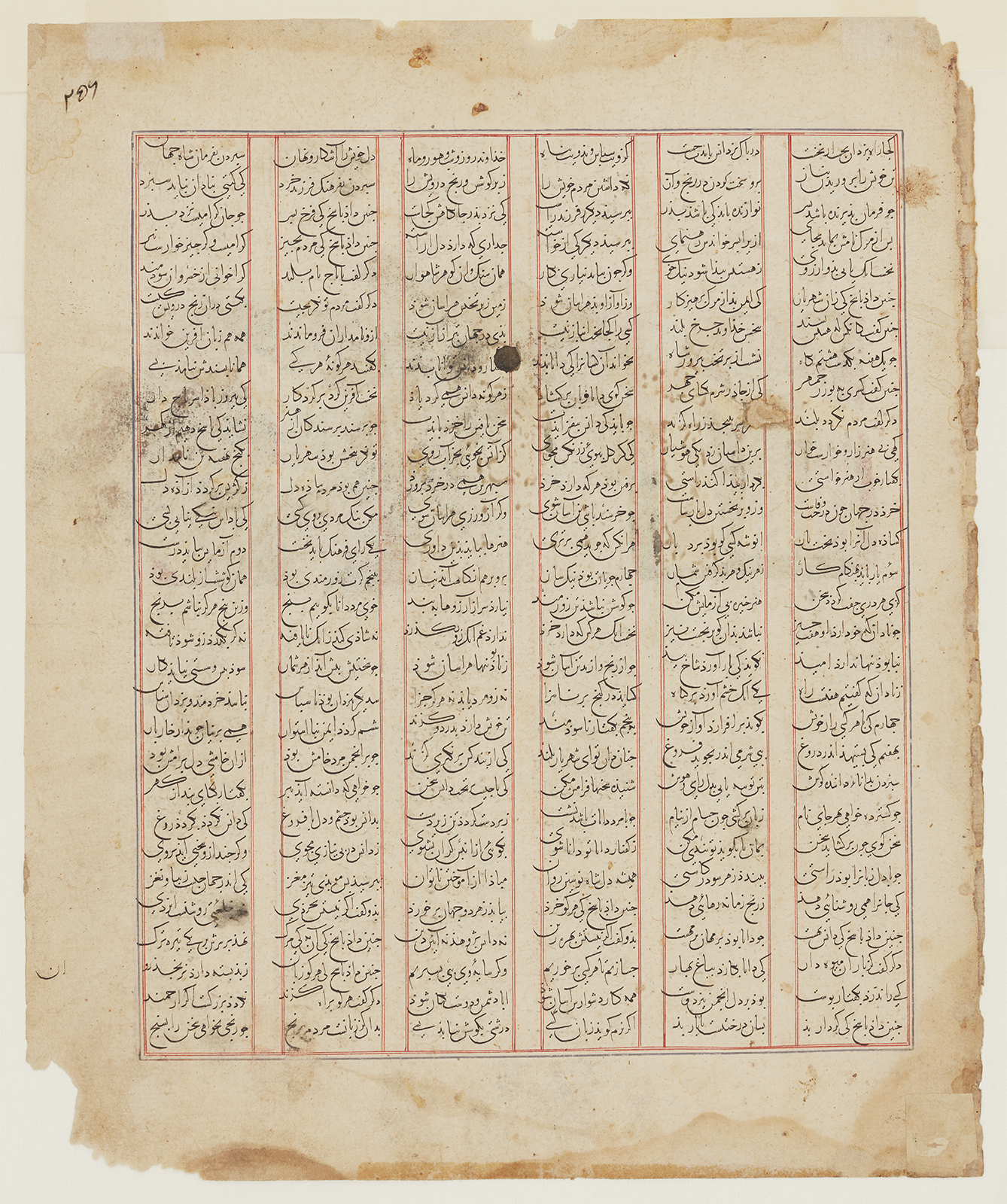 In the verses covering both sides of this page AKM36 (folio 256 verso) from the dispersed 1341 Shahnameh, Firdausi describes the fourth of seven gatherings held by Kisra to debate the true nature of kingship and standards of kingly conduct. The horizontal illustration depicts Kisra kneeling on a high-backed throne, resting his hands on his knees. He asks his archimages to explain sovereignty, the crown, and power, and how good fortune begins and ends. When the sages’ replies do not suffice, the king turns and leans towards Buzurgmihr, seated to the right. The wise vizier, now bearded and wearing a turban, seems to be looking into a round object, possibly a cup or mirror, which is not mentioned in the Shahnameh text. He begins his discourse by praising Kisra, whose second name, Nurhinravan, means “Immortal Soul”: “Oh shah, most loving and serene of heart! Know that in all the world [there is] no king like you for justice, understanding, crown and throne.” The two archimages on the floor next to Buzurgmihr gesture towards him as they absorb his words. Other courtiers send behind on either side of the throne.

The lack of pigment in the left side of the illustration may confirm the argument that the 1341 was hastily painted. There is also evidence that black beards were painted over the men’s faces at a later time. It is likely that the overpainting occurred when the illustrated 1341 folios were removed from their “parent” manuscript and began to appear on the art market in the early 20th century.