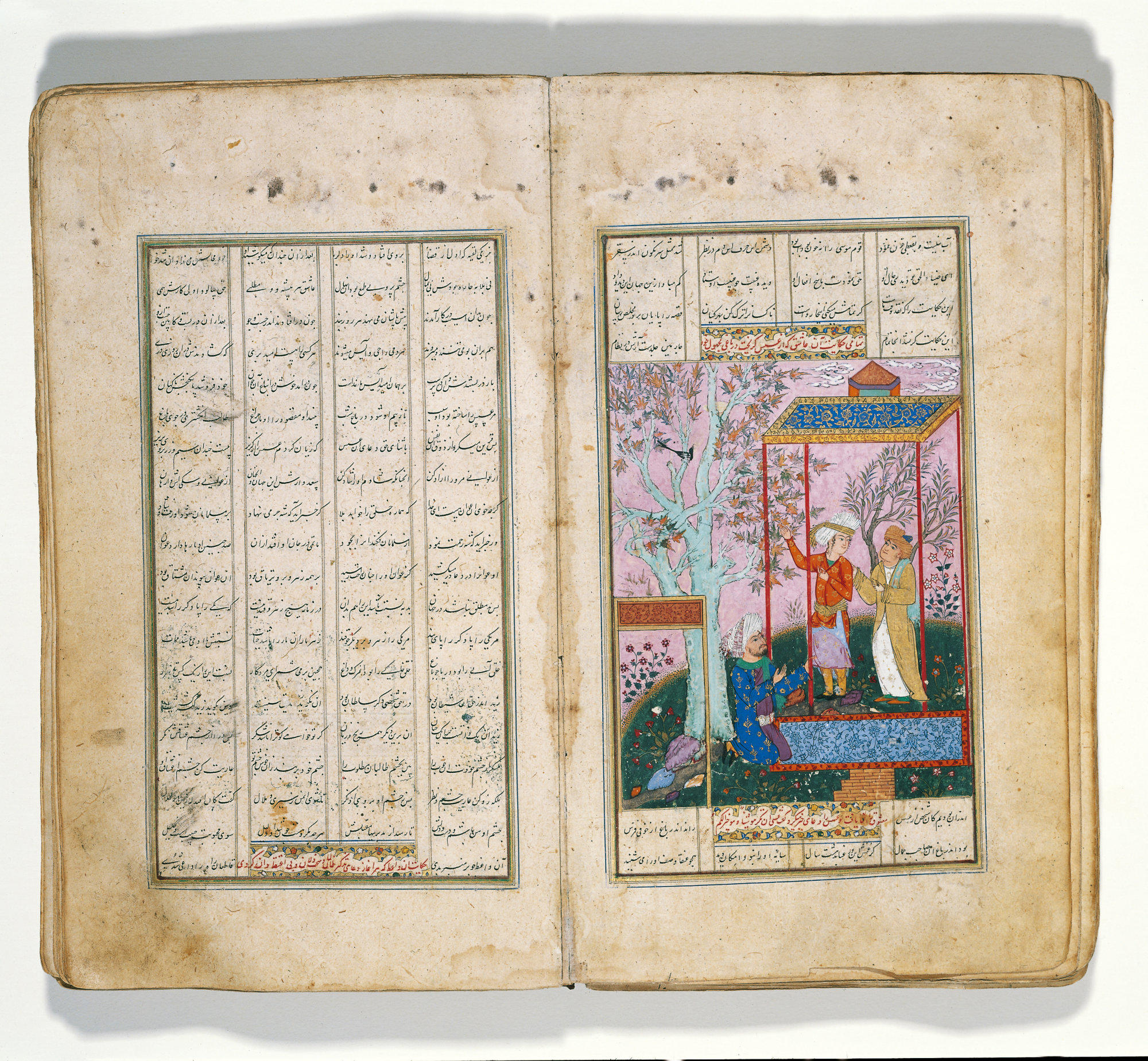 Manuscript of the Mathnavi of Rumi

The Mathnavi-i Ma'navi is a poetic masterpiece of around 25,000 couplets, written by Jalal al-Din Muhammad Rumi (d. 1273 CE) and concerned with the main theoretical issues and themes of Sufi doctrine. Although his nationality is debated among Iranians, Turks, and Central Asians, Rumi is one of the most celebrated mystical poets in Sufi and Persian literature and the originator and ultimate pir, or spiritual master, of the Mawlavi (Turkish Mevlevi) dervish order. While illuminated manuscripts of Rumi’s writings, sometimes enclosed in elaborate bindings, are not unusual, illustrated manuscripts of this text are rare.The image on the right-hand folio shown here illustrates the tale of the lover who had spent many years searching for his beloved in vain. One night, however, as the lover was running from a night-watch, he accidentally ended up in an unfamiliar garden where, to his great surprise and delight, he found his beloved. Another image in this manuscript depicts a game of chess. Two stories are embedded in this narrative in order to bring its major points to light; the one illustrated here recounts an episode in which Sayyid Shah Tirmidh is checkmated by his court jester and reacts angrily by throwing the chessboard at the courtier’s head. The next time the two sit down to a game, the jester anticipates the need to protect himself by covering his head with a turban of felt. The scene is identified both by the figures seated on either side of a chessboard as well as by a caption just above the painting. Its depiction suggests the importance of this story, perhaps to the patron who commissioned the manuscript; not only was the episode selected for illustration, but it was also allotted most of the space on the page, leaving room for only three lines of Persian text above and below the image.