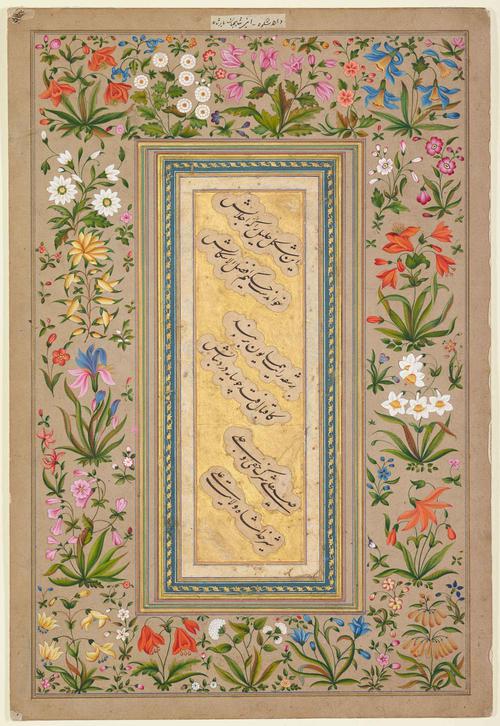 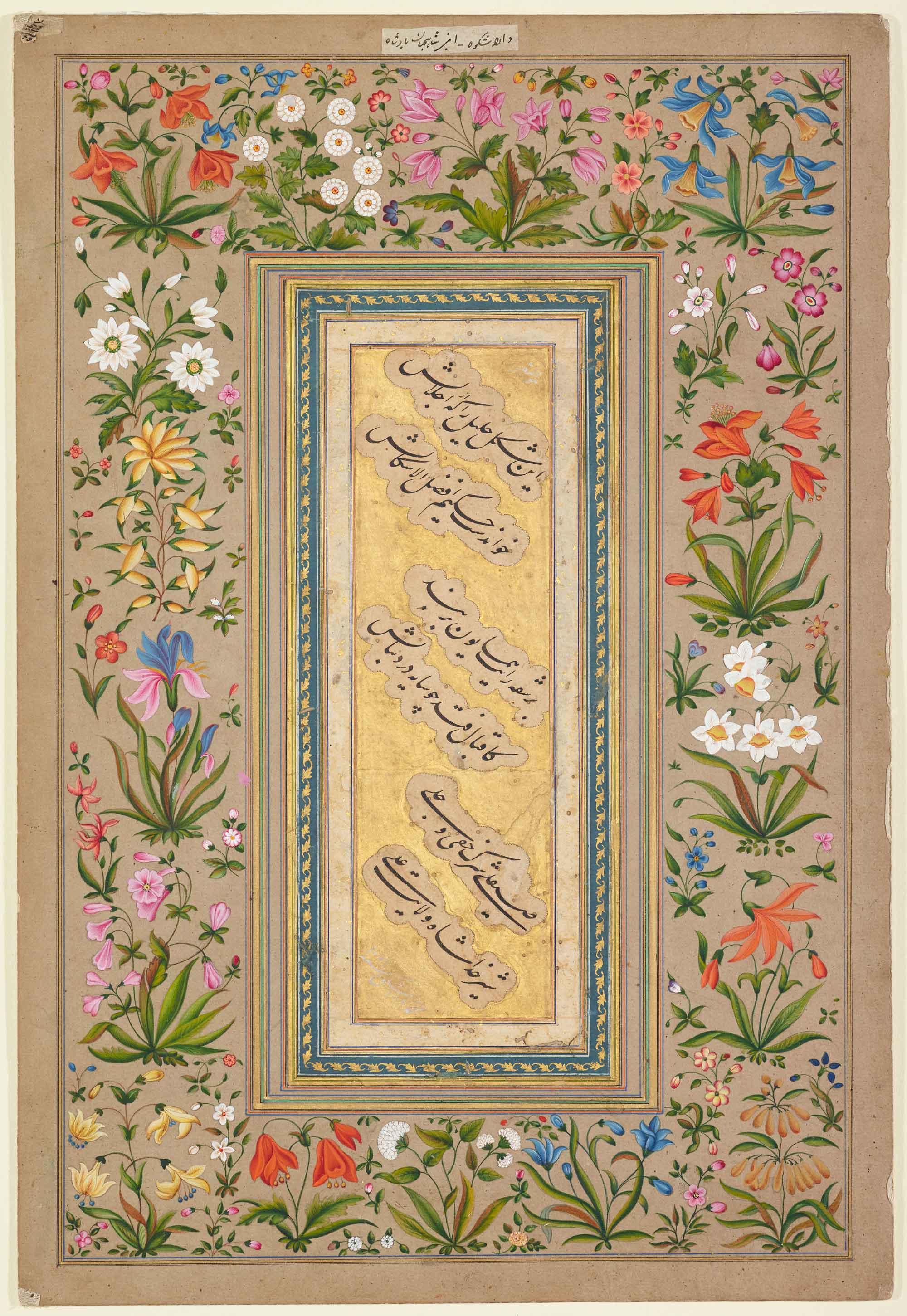 The Moghuls (1526–1858) considered calligraphy to be one of the noblest arts that were fit for a prince, and many of the Moghul emperors were fine calligraphers. They also collected elegant calligraphic compositions and writing examples by renowned masters in lavishly decorated albums. This superb page was penned by the Moghul prince Dara Shikoh, Shah Jahan’s eldest son, who was killed by his brother, Aurangzeb, in a power struggle in 1659. Dara Shikoh was known for his intellectual pursuits and his patronage of the arts. His personal collection of paintings and calligraphy included an exceptional album that he presented to his wife, Nadira Banu Begum, in the 1630s, now in the British Library. Dara Shikoh’s calligraphic sample was later mounted in an eighteenth-century album where it was set in a floral border. This border reflects the Moghuls’ avid interest in all natural phenomena and the close observation and depiction of animals and flowers as part of album borders or as intricately painted specimen studies.