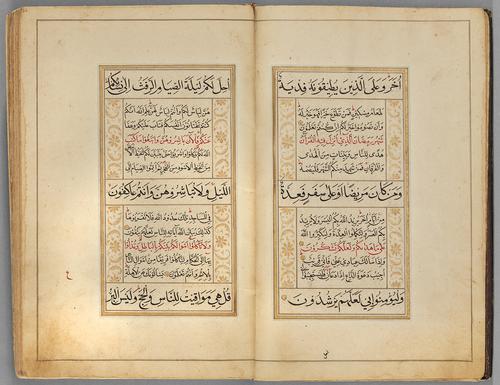 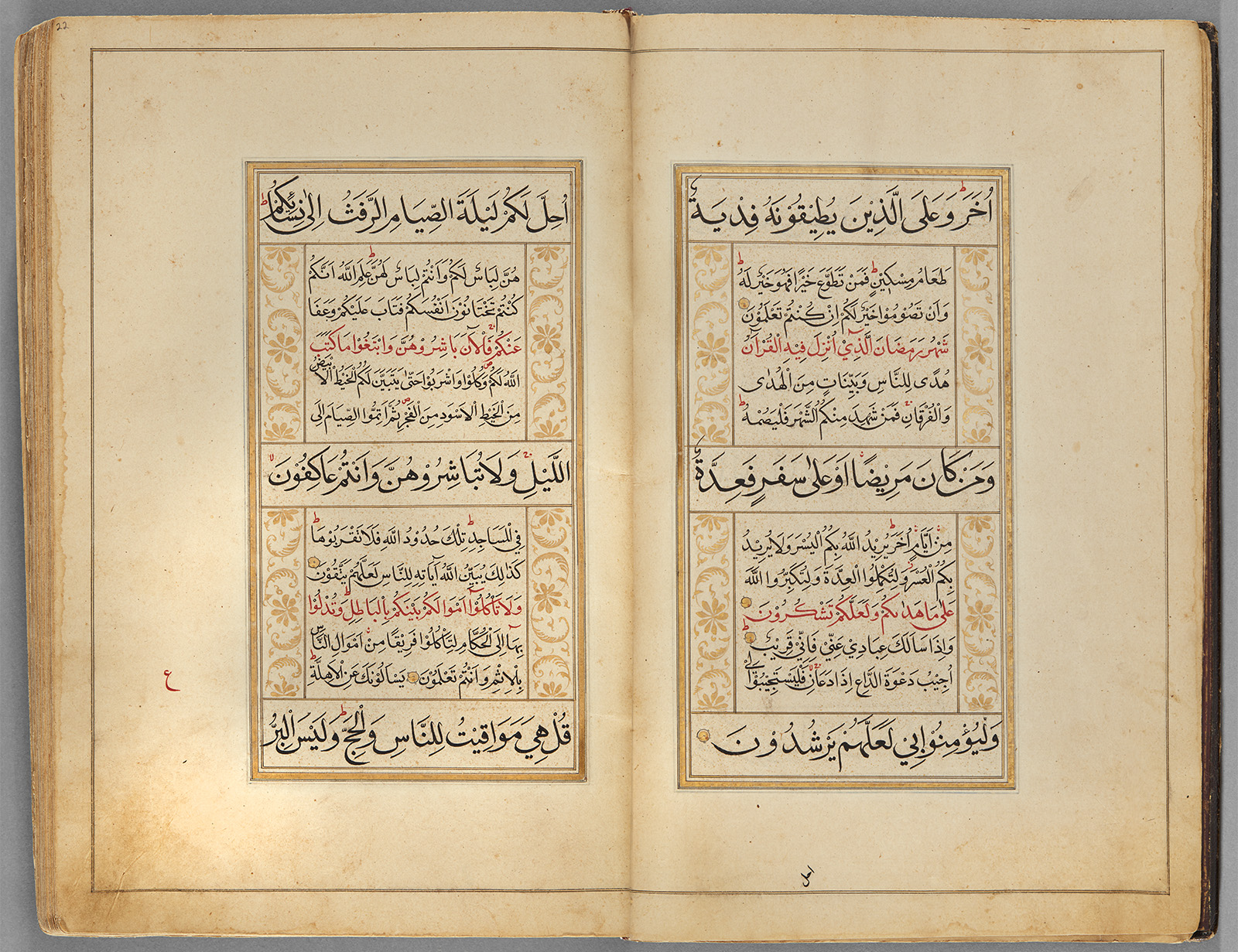 The significance of the moon in a Muslim’s life is influenced by the Qur’an, God’s word as revealed to the Prophet Muhammad between 610 and 632. The holy text states that the moon’s waxing and waning helps to measure time as part of God’s eternal plan. The first appearance of the new moon is the sign for the start of a new month, religious seasons, and feast days. Moreover, the splitting of the moon is associated with the start of the Last Judgment and is also considered one of the Prophet Muhammad’s chief miracles.

Many verses in the Qur’an address the moon. As can be seen in this folio (folio 22r), Qur’an 2:189 records individuals asking the Prophet Muhammad about new moons, to which he responds that “they are measurements of time (mawaqit) for the people and for pilgrimage (hajj).” In addition, 21:33 praises God as “He who created the night and the day and the sun and the moon; all [heavenly bodies] in an orbit are swimming.” Beyond the lunar calendar and God’s creative power, the Qur’an also describes the sun and moon as the two celestial luminaries. For instance, in 71:15–16, the holy text invites believers to ponder “how God has created seven heavens in layers, and made the moon therein a light (nur) and made the sun a torch (siraj).”