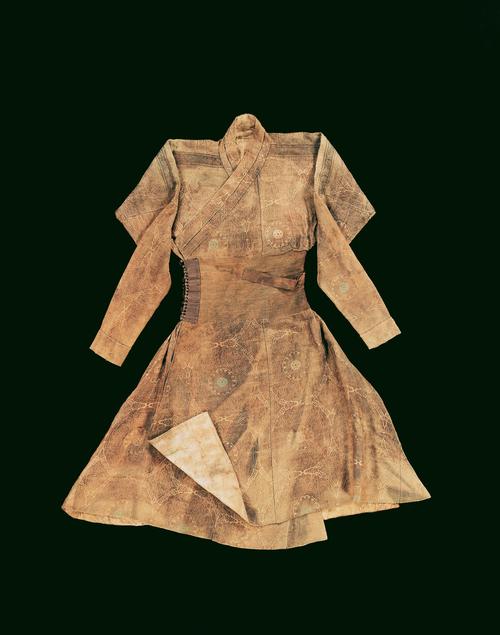 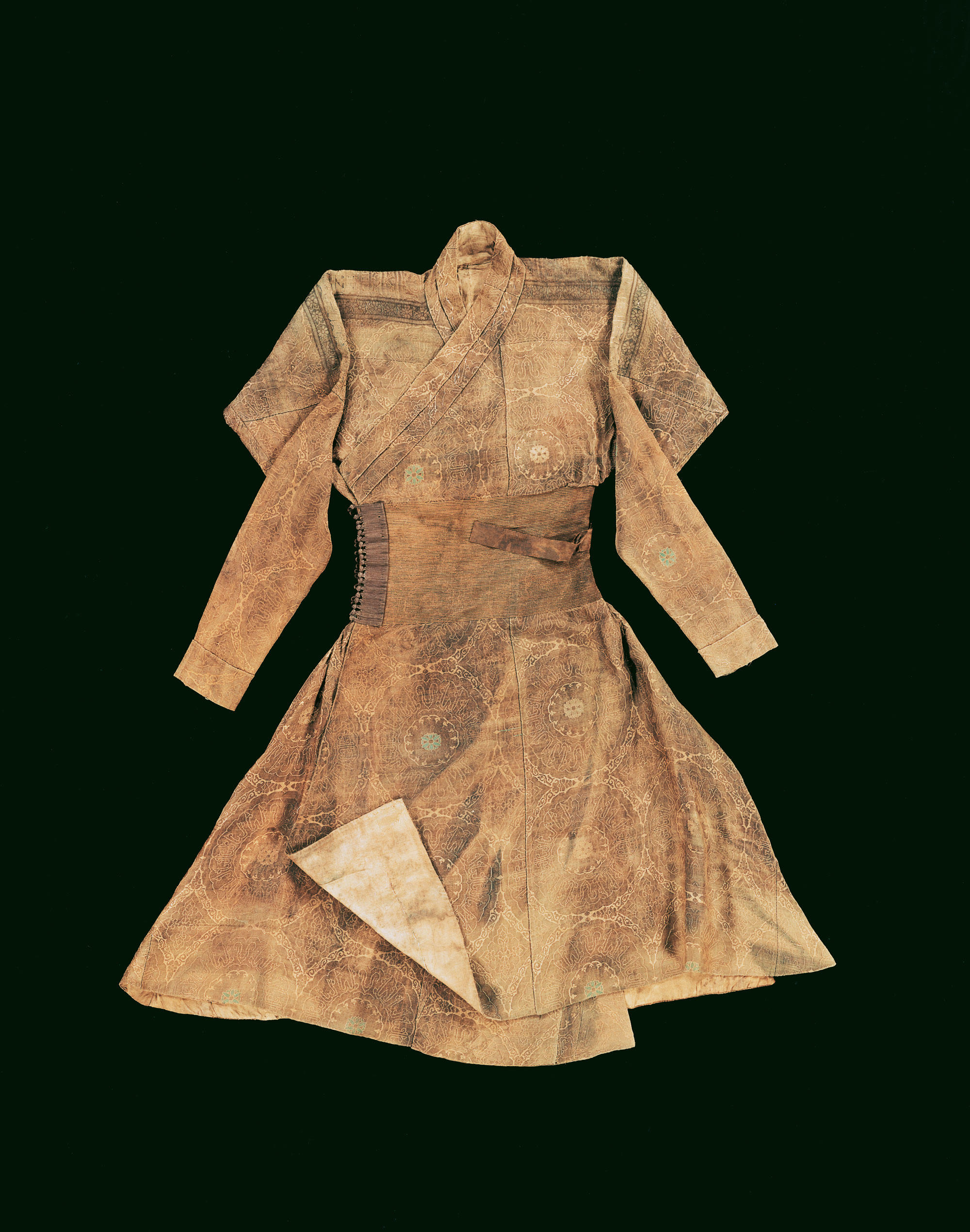 This rare silk robe with a fitted waist, flared skirt, and tiny-button closure is a remarkable example of luxury clothing under the Mongols who governed the area from China to Iran during most of the thirteenth and fourteenth centuries. The vast region under the control of the Mongols established relative peace and safety that facilitated the movement of raw materials, technical knowledge, visual motifs, and able craftsmen, resulting in revolutionary advances in the arts of the Mongol Ilkhans, who ruled Iran between 1256 and 1353 and adopted Islam in 1295. Sumptuous textiles woven from silk cloth wrapped with gold, like this robe, were made in various areas and traded into Europe where they became known as Tartar cloth or panni tartarici. The roundels on the Aga Khan Museum robe, however, are decorated with pseudo-writing that suggests it was made in Iran or Central Asia. This robe would have been worn under an open outer coat with short sleeves in order to better display the expensive and beautiful textile underneath. The robe’s arms are extraordinarily long and would have been pushed up around the forearm, adding a layer of protection as well as emphasizing the abundance of gold woven silk available to its owner.