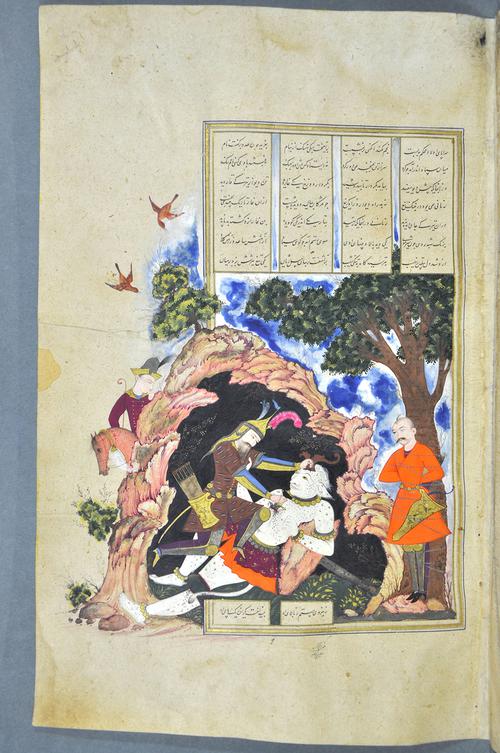 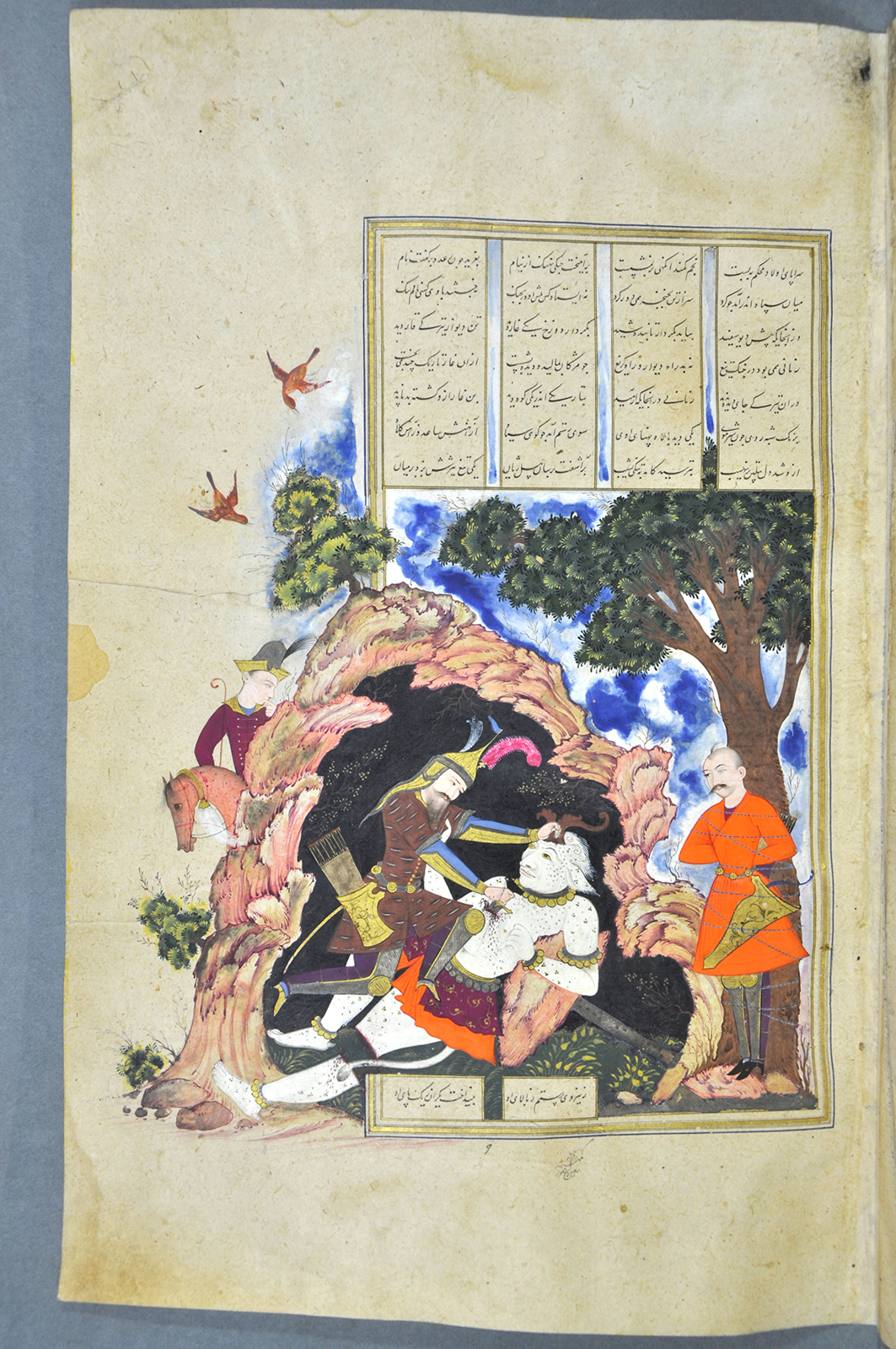 Manuscript of Shahnameh (Book of Kings) by Firdausi (d. 1020)

Introduction to AKM274, Manuscript of Shahnameh (Book of Kings) by Firdausi (d. 1020)

The Shahnameh, the Book of Kings, is the Persian epic of kings and heroes. Recounting the reigns of 50 Persian kings from mythical prehistory to the end of the Sasanian Empire, the Shahnameh consists of almost 60,000 rhyming couplets and is one of the lengthiest epics ever composed. The Persian poet Abu’l Qasim Ferdowsi Tusi (935–1020) completed the Book of Kings in 1010 and presented it to Sultan Mahmud of Ghazni (d. 1030).

As a work of kingly ethics defining the virtues and attributes of heroes, this great masterpiece of world literature was held in high regard by kings and rulers who commissioned lavishly illustrated copies of the epic. One of the most extraordinary copies is the Shah Tahmasp Shahnameh, which was produced in the 1500s and brought together the greatest artists, scribes, illuminators, gilders, bookbinders, and pigment-makers of its time.

This manuscript (AKM274) is one of two volumes of the Shahnameh believed to have been illustrated by the Persian painter and illuminator Mu‘in Musavvir (d. 1697). He was a student of Reza Abbasi (d. 1635), pioneer of the Persian painters of the Isfahan school during the early 17th century. Mu‘in’s style of vibrantly coloured schematic landscapes was quite unique. His male figures were often depicted with broad moustaches that reflected the fashion of the Safavid court, making them one of his most recognized trademarks.