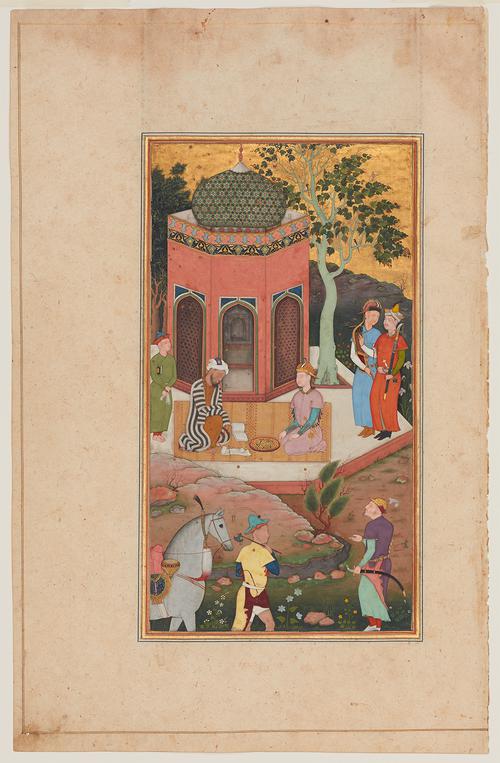 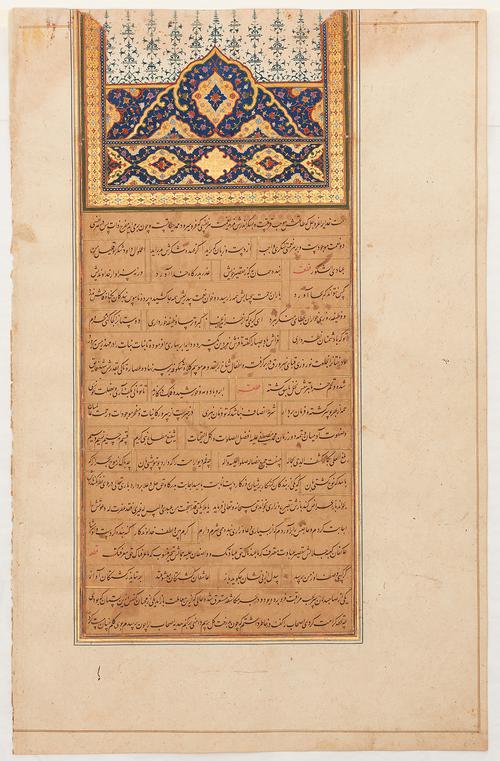 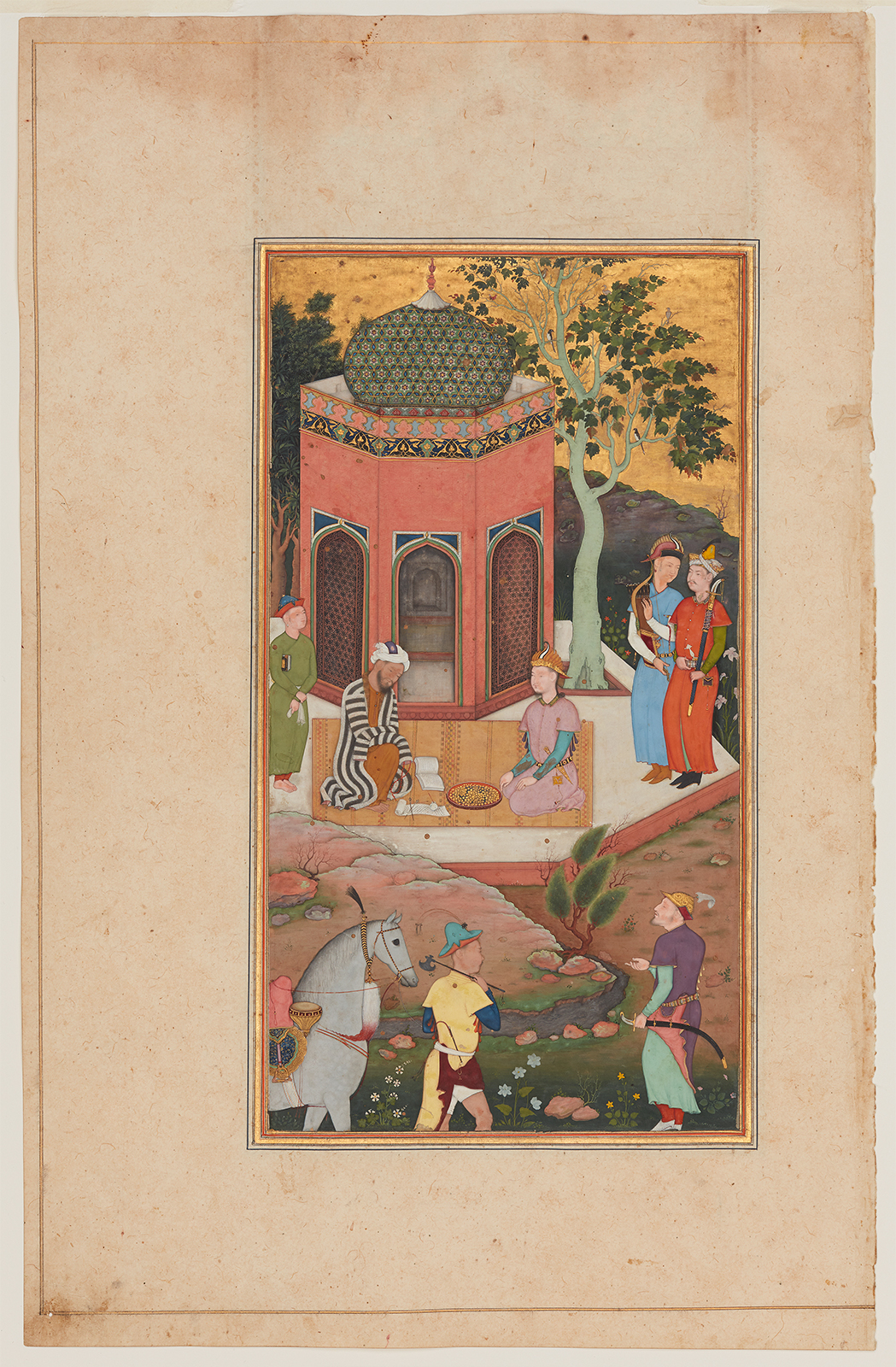 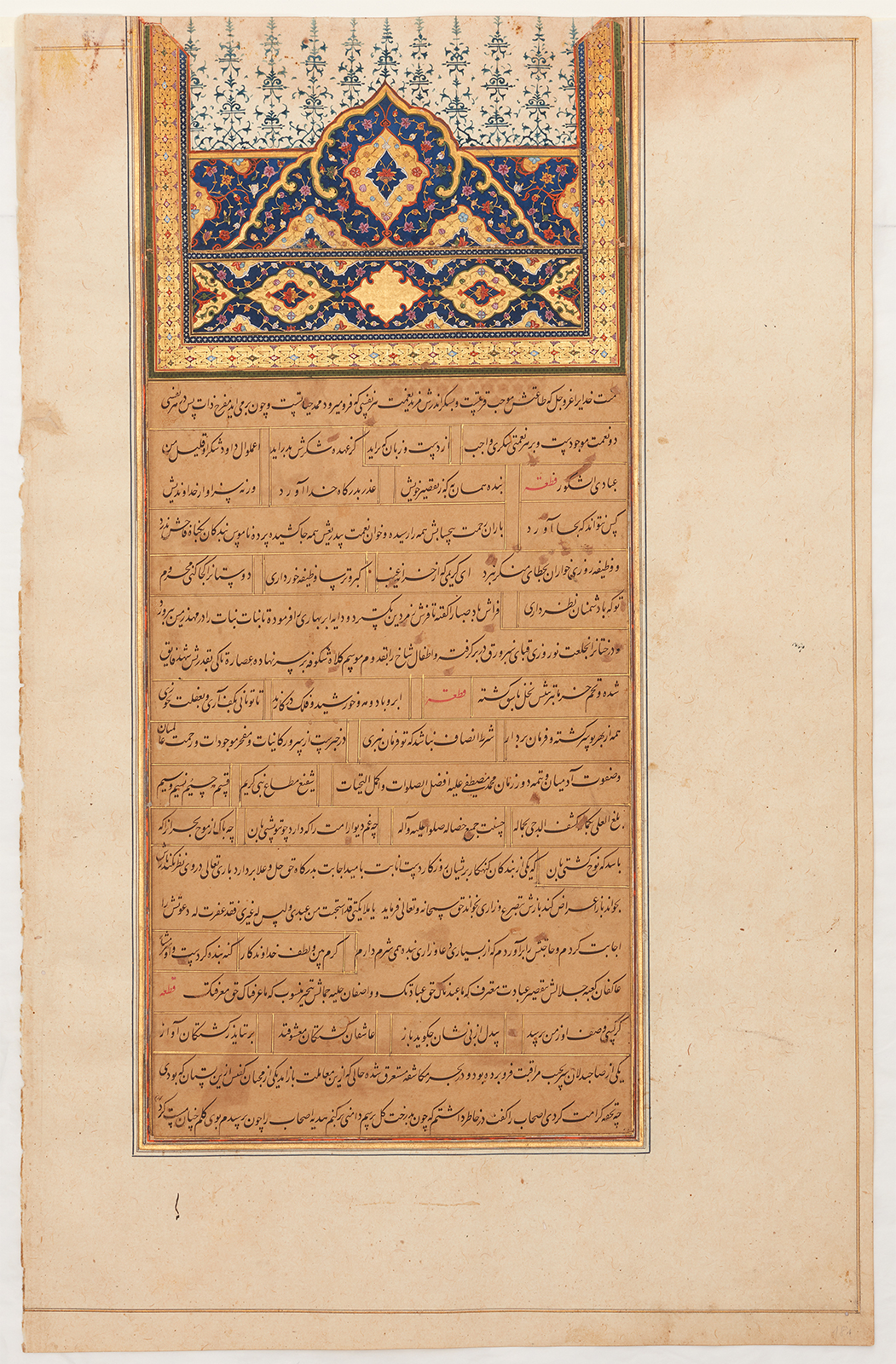 Sa`di and His Dedicatee Abu Bakr b. Sa`d b. Zangi

Folio from the Manuscript of Kulliyat (Collected Works) of Sa`di (d. 1292)

The painting depicts the pious Sa`di with his prayer beads, book, pen and paper. He is seated with Abu Bakr ibn Sa`d ibn Zangi, the patron who is eulogized at the beginning of both the Bustan and the Gulistan. Through a skilful combination of tribute and alliance, this ruler of southern Iran had protected Sa`di’s beloved city of Shiraz from the Mongol incursions of the mid-13th century. He had also financially supported the poet, as the tray of gold coins between them indicates. Though not a Mongol, Abu Bakr wears Mongol headgear that identifies him as an ally of the invaders.

The painting has been attributed to Aqa Riza Jahangiri and is marked as page 180 in the manuscript.