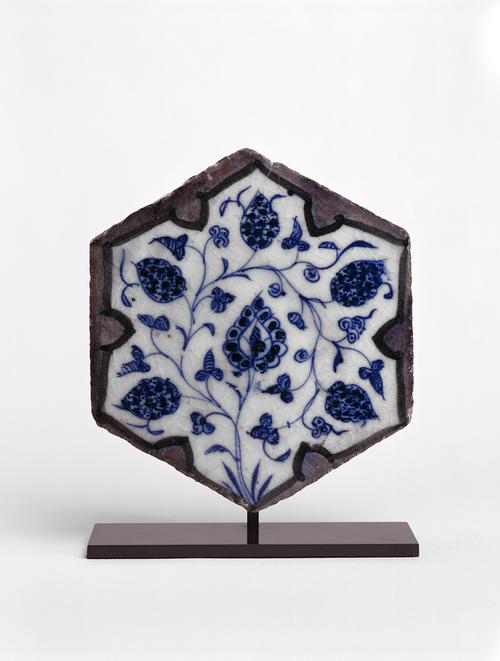 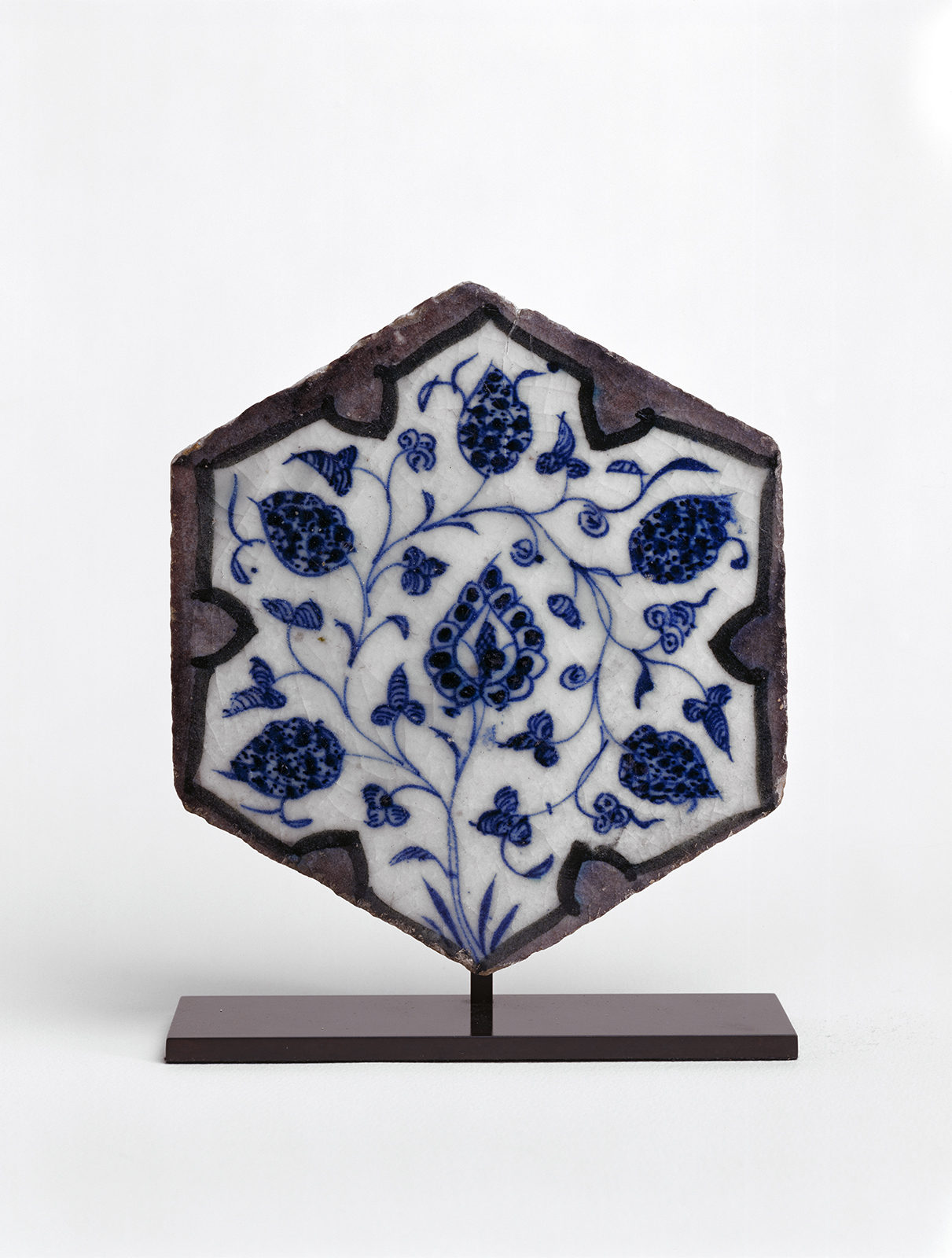 During the Mamluk period (1250-1517), Damascus in Syria and Cairo in Egypt were the most important centres for ceramic production. Their wares cannot easily be distinguished, though underglaze-painting seems to have been more prevalent in Syria.[1] Between the 13th and 16th centuries, workshops in both cities gained renown for developing new styles and techniques. Among these was the introduction of blue-and-white motifs that evoked the aesthetic of Chinese porcelain. It has commonly been assumed that blue-and-white hexagonal tiles were related to—or influenced by—Chinese blue-and-white porcelain imported into 15th-century Syria. However, careful examination confirms that the motifs were not direct copies of Chinese motifs but rather interpretations of pattern-books of Yuan porcelain, or portfolios of local traditions, which had already absorbed Chinese sources.[2]

The lotus flower is a distinguished decorative element in that regard; lotus flowers and peonies were well-established patterns from Asian culture that had been used throughout the Mongol Dynasties in Central Asia and also in Iran through the Ilkhanid dynasty (1256–1353) since the mid-14th century. Whether taking its models directly from China or indirectly from Iran, the so-called Khitai-Style was fashionable throughout the 15th century across a wide geography.

The distinctive design on this hexagonal tile in the Aga Khan Museum Collection can be found elsewhere. It appears in cobalt blue, in the interstitial zones between the points of a six-pointed star and the tile edge, on tiles found in the tomb of Ghars al-Din al-Khalil al-Tawrizi.[3] Tiles of comparable dimensions with similar and varied motifs can also be found in other collections, including the Tareq Rajab Museum in Kuwait[4] and the David Collection in Copenhagen.[5] In these cases, however, their colour palette differs, with turquoise appearing in place of dark manganese purple.