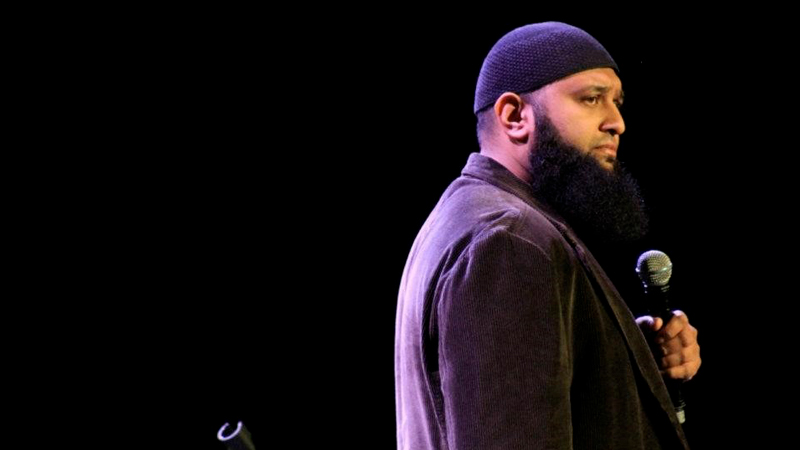 Discover why the Detroit Free Press has called Azhar Usman “one of the most unusual and uplifting cross-cultural experiences you’ll have this year” as Usman, “America’s funniest Muslim,” (CNN) challenges racial and cultural stereotypes — and leverages the power of curiosity and intellect to decipher societal issues.

Azhar Usman is a standup comedian, actor, writer, playwright, and producer who has been called "America's funniest Muslim" (CNN) and was named one of the 500 most influential Muslims in the world (Georgetown University). Legendary comedian Dave Chappelle, for whom Usman has opened more than 50 times, called him “untouchable…a comedian from the future.” Usman has performed in more than 20 countries across five continents with Allah Made Me Funny, the comedy troupe he co-founded. As a writer, he’s worked with Hasan Minhaj for the 2017 White House Correspondents Dinner, as well as on stand-up specials for Minhaj, Hannibal Buress, and Dave Chappelle. Attacking stereotypes and sensitive topics with humour and insight, Usman manages to make audiences laugh and think in equal parts.