The Aga Khan Museum is open from Tuesday-Sunday with enhanced safety measures in place. Go here for more information.
Carving into Memory with Kevork Mourad 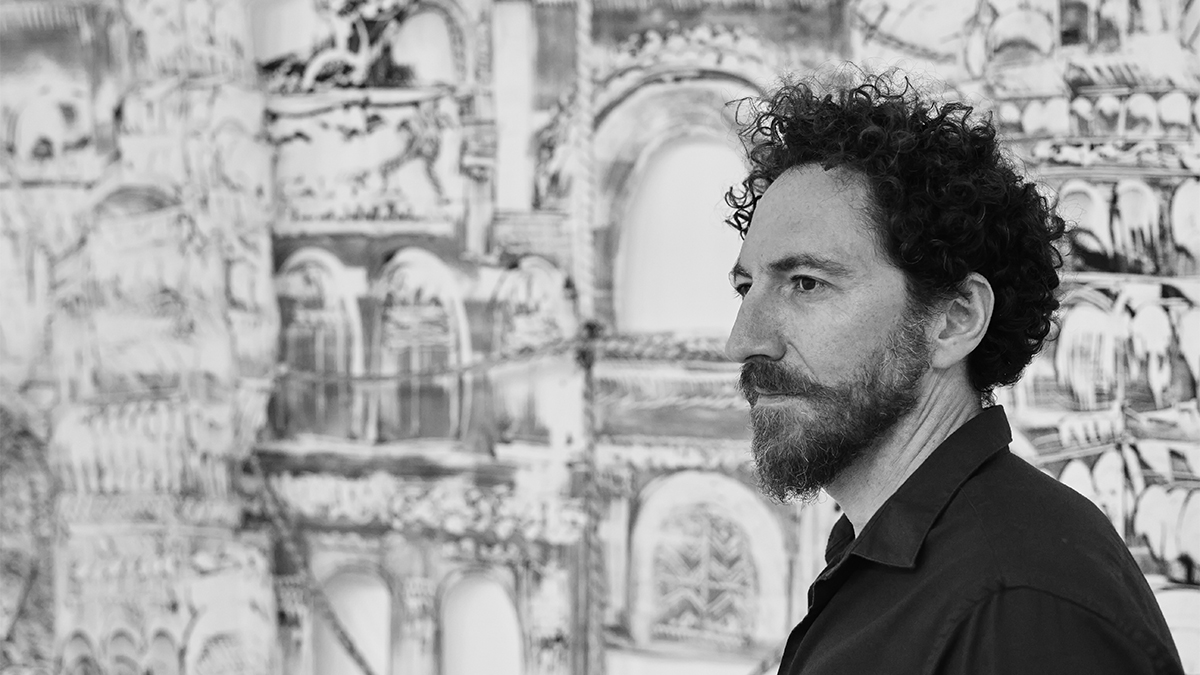 Visual artist Kevork Mourad gives a talk on his practice and the societal role of the artist. Photo By: courtesy of artist

Carving into Memory with Kevork Mourad

Join us for an inspiring talk from the internationally-acclaimed artist Kevork Mourad, best known for his unique “spontaneous painting” technique. Mourad will delve into his art practice and process, reflecting on the societal role of the artist.

Born in Syria, of Armenian heritage, and now based in New York, Mourad continues to record and respond to events in the country of his birth. Motivated by the belief that the artist is responsible for creating and conjuring memory, he pulls from the past to push society forward.

Mourad will also be on site from January 31–February 12 for Museum as Studio: Kevork Mourad in Residence, an exhibition featuring his live painting. The final artwork, an immersive large-scale piece, will be displayed in our galleries from February 13–24.

Kevork Mourad (b.1970) is a visual artist best known for his unique technique called spontaneous painting, in which he collaborates on stage with musicians to make art and music that develop in counterpoint to each other. Mourad has performed around the world, including at the Brooklyn Museum of Art, the Chelsea Museum of Art, the Nara Museum in Japan, the Art Institute of Chicago, the Rubin Museum of Art, Harvard University, Lincoln Center Atrium, and the American Museum of Natural History. In 2018, he was commissioned by the Metropolitan Museum of Art in New York City to create a piece called the Sound of Stone, and the same year his exhibit Immortal City was on view at the Rose Art Museum in Boston. Many of his pieces are part of the World Bank’s permanent collection. He was awarded the Robert Bosch Stiftung prize for animation in 2016, with animator Waref Abu Quba, for their film Four Acts for Syria. Mourad is also a producer and director of multimedia plays, and he is a member, as a visual artist, of Yo-Yo Ma’s Silk Road Ensemble.