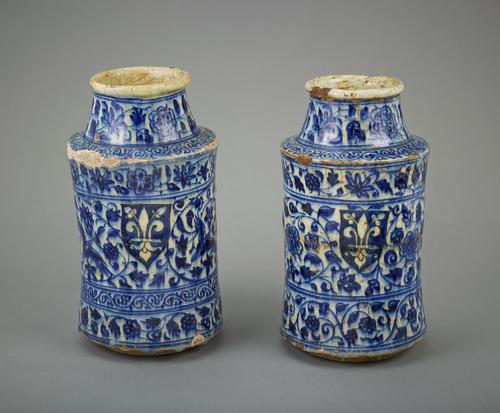 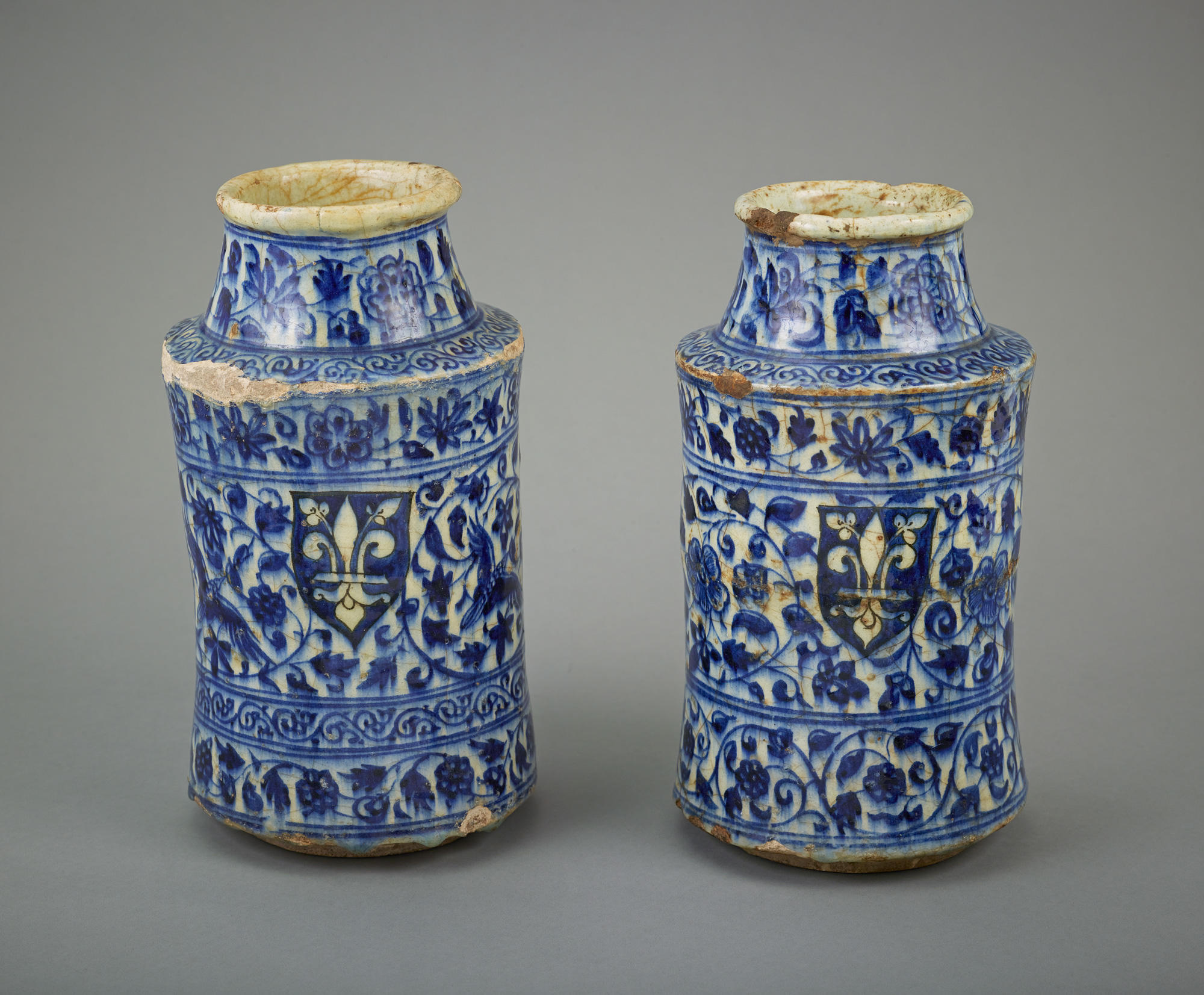 Ceramic vessels were historically traded for their aesthetic value or as containers of valuable cargo. These two pharmaceutical jars, known as albarelli, are among a group of four magnificent examples from the Aga Khan Museum’s collection, ranging in date between the thirteenth and fifteenth centuries and used for trading valuable pharmaceutical substances. Collectively, they highlight the active trade between the Mamluks (1250–1517) and Italian city-states such as Venice and Florence. This unique pair of albarelli is typical of the form, style, and design of ceramics made in Syria and Egypt in the fifteenth century, with the decorative motifs organized in clearly defined registers of intricate foliage painted in cobalt-blue under a clear glaze. The fleur-de-lys heraldic shield in the central band of each of the albarelli is most probably the coat-of-arms of Florence associated with the merchants who commissioned the precious cargo held in them or the city in which the lucrative trade was based.