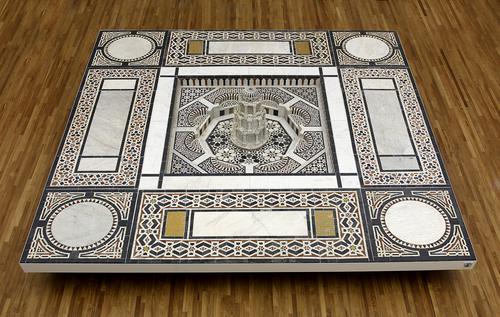 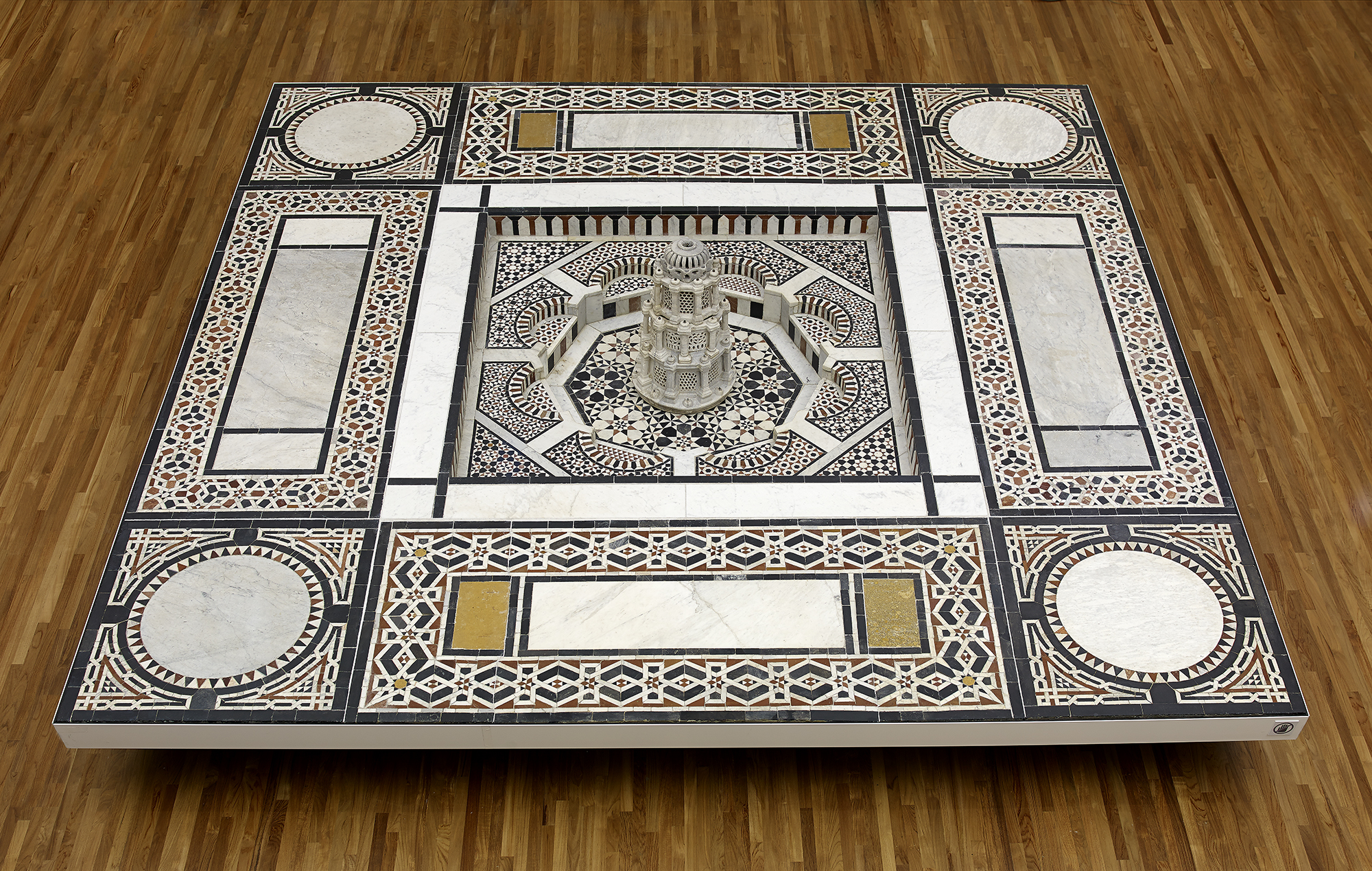 Fountains were part of domestic interiors in Egypt and Syria from the time of the Mamluks to the time of the Ottomans. This decorative fountain in the Aga Khan Museum Collection[1] may once have sat in the centre of the reception hall (qa’a) within a 16th-century Egyptian home, where it would have filled the house with the pleasant sound of trickling and bubbling water. It may also have served as a daily reminder of Sura 23 in the Qur’an:

Therewith for you We gave rise to gardens of palm-trees and vineyards
where for you are abundant fruits and of them you eat. (23: 18-19)

The fountain may have also formed part of a cooling system for the house: hot air could escape through an opening in the ceiling and be continually replaced with air cooled by the fountain. Such fountains were originally embedded in the floor, and were restored as needed. In some instances, new fountains were assembled using pieces of fountains from different periods.

The fountain of the Aga Khan Museum is made of marble and sandstone. The centre of the fountain is created in the shape of an eight-lobed pattern. The entire fountain is decorated using the inlay technique. Its tri-coloured stones suggest that it follows a Mamluk tradition from Cairo, as examples in situ tell us. One of the existing examples in Cairo is in the Bayt Zainab Khatun. Featuring a four-lobed shaped centre, it was built in 1468 with later additions in 1713. An Ottoman example in Cairo built in 1648 is the Bayt al-Suhaymi with later additions in 1796.[2] The latter clearly follows the tradition of an eight-lobed fountain situated to the left of the courtyard. Another fountain with a four-lobed centre faces northeast of the courtyard in Bay al-Suhaymi,[3] proving that both shapes were present during the same period.